South Africa has produced more great cricket all-rounders than any other country. Jimmy Sinclair was the first to score a century and take six wickets in an innings in the same Test; Aubrey Faulkner is still the only man with a Test batting average over 40 and a bowling average under 30. Trevor Goddard opened the batting and became the most economical bowler in history. Eddie Barlow, Mike Procter, and Clive Rice could change a game in a few overs with bat or ball. Tony Greig and Basil D’Oliveira became iconic England players. In the modern era, the national side could call on four talented all-rounders, including Jacques Kallis, greatest of them all after Sir Garfield Sobers. These 13 cricketers were worth two players in one. 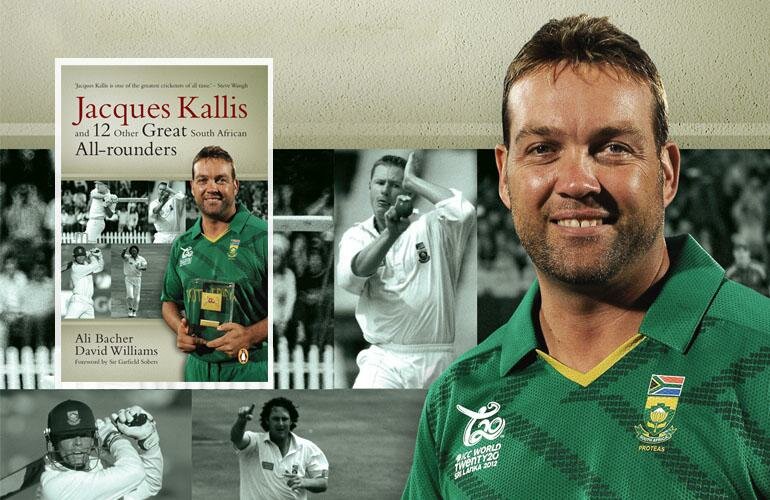 To celebrate these multitalented heroes of South African cricket, two of South Africa’s great cricket personalities, Ali Bacher and David Williams, have written a book, Jacques Kallis and 12 Other Great South African All-rounders, with the foreword by Sir Garfield Sobers. For the first time, the careers of these 13 cricketers are examined in one book – as are those of others who, but for apartheid, might have been their equals.

This book is a readable mix of anecdotes, commentary, and statistics and is a must-have for cricket fans both young and old.

Ali Bacher was educated at King Edward VII School (captaining the 1st XI and Transvaal Nuffield XI) and Wits University, where he studied medicine. He captained Transvaal aged 21 and played 12 Tests between 1965 and 1970, when he captained South Africa to a 4-0 Test whitewash of Australia. He went on to a distinguished career in cricket administration, culminating in the hosting of the 2003 World Cup in South Africa. As a player, captain, selector, and administrator, he worked closely with all but two of the 13 all-rounders, and for this book interviewed the seven who were alive in 2012.

David Williams was also educated at King Edward VII School (where he played rugby for the 1st XV and Transvaal Schools) and Wits University. David has been Deputy Editor of the Financial Mail and has worked extensively in radio (notably on 702 and Highveld) and television, specialising in sports and business coverage. He is now Senior Anchor on the daily ‘Open Exchange’ programme on TV channel CNBC Africa. He has written several books on sport and military history, and is in demand as a conference speaker and facilitator.