It’s summer. It’s hot and I want nothing more than to go and jump into a body of water and cool off. I'm in Bozeman, Montana, and have had my fill of the activities in and around the area. I’ve white-water rafted, done some fly fishing, swum in high mountain lakes after an all-day hike, and backpacked into the wilderness. Now I want to try something new. I want to go somewhere I haven’t been before. In all honestly, I want to try something that reminds me of home, where I grew up surfing.

It’s summer. It’s hot and I want nothing more than to go and jump into a body of water and cool off. I'm in Bozeman, Montana, and have had my fill of the activities in and around the area. I’ve white-water rafted, done some fly fishing, swum in high mountain lakes after an all-day hike, and backpacked into the wilderness. Now I want to try something new. I want to go somewhere I haven’t been before. In all honestly, I want to try something that reminds me of home, where I grew up surfing.

Based in Montana for the summer, I had brought my stand up paddle (SUP) board with me so I could paddle on the lakes and rivers in the area, and had a blast doing it. But I had a trip in mind that I was unsure if anyone had done before, let alone if it was even possible.

Yellowstone National Park is about 100 miles from Bozeman. My proposed trip was to load camping gear on top of my SUP board, in waterproof bags, and paddle to a backcountry campsite along the shore of a distant lake. I had read that there were many in the park and all were possible with a canoe or kayak, but what about a SUP?

So on my birthday, I gave it a go. I drove to the park and booked a campsite close to the launch area. I then made my way to the park’s headquarters to fill out the necessary backcountry permits, just to be able to camp out there. When the park officials asked me what kind of vessel I was going to use to get to the campsite and I told them what it was, it felt like a movie scene from a comedy where someone farts in a silent area and all those within hearing distance turn and look at them with an awkward, bazaar look. They asked me again what vessel I would use and again I said the same thing. When they still didn’t believe me, we all went outside so I could show them my SUP. After some head scratching, the officials eventually gave me my permit and sticker to legally pursue a backcountry site.

My plan was to begin paddling on the morning of my birthday, starting on one lake. Then I would paddle to another lake via a small channel between the two, approximately six miles from my launch site. So with the sunrise straight ahead of me, I took off.

The channel that connected the two lakes was about 3 miles away, which meant I had to paddle across open water and away from the shore to get to the opening. It wasn’t until then that I realised that this trip might be a bit scarier than I originally thought. What I had pictured in my head was a gorgeous, serene and quite experience, where I would do nothing other than enjoy my paddle in a beautiful national park, do some fly fishing and be one with nature. Then about half way to the channel, it hit me that I was alone. Alone in a very wild wilderness, where nature is everything. But my worries slowly began to fade away when I saw the sun rising and trout sipping flies from the surface of the lake, like one sips a good glass of wine.

After a few casts out to the rising trout and another 30 minutes of paddling, I reached the opening of the channel. It was here where the beauty and silence took over, and I realised how gorgeous the lord intended nature to be. I was in a shallow, slow moving body of water, no wider than 20 metres, which was so translucent that I could see various species of trout and aquatic plants as clear as day. It was quiet, too quiet. Although this is exactly what I wanted the trip to be, it was so quiet that it was creepy.

About four miles further along, I finally reached the lake and headed for shore, where I kicked back and proceeded to cast out to the trout from the shoreline. Fishing off a SUP is an interesting experience, as you can get to areas not accessible from land. But casting without having to balance yourself was a great feeling. A couple of fish later, I set up camp and did nothing but take in the view of a fresh breeze rippling across the lake and an ever-colourful sunset.

Spending just one night here was not enough. However, when you are alone and creeped out from every noise you hear in the middle of the night, you begin to think that you may have seen enough. The paddle back was such a joy that it wasn’t even a paddle. Having fought a current on the way there, all I had to do on the way back was steer and take in the splendor of my surroundings. The channel was a blast of relaxation and beauty, but once through the channel, the lake on the other side was a different story.
By the time I reached the lake where I had launched from, an afternoon breeze had picked up. I woke early the next day in the hope of being able to beat said wind, but Mother Nature had other ideas. I wouldn’t have expected anything less from her. Facing a head wind on a SUP is like a sailboat going against the wind, but up river as well. Needless to say, my day on the lake proved to be a full-on workout, but incredibly rewarding. What I thought might not have been possible was possible. I had done it.

There are other trips planned around the globe and I look forward to pursuing more adventures with this new concept. 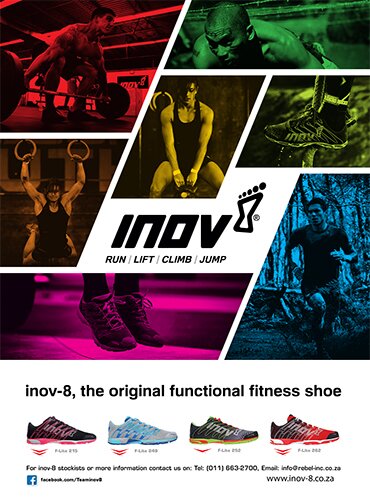