Taking on the Trans Elands

Getting back onto my bike for my first event, the York Timbers Enduro, after a long break from riding made me realise just how much I missed it. So to start getting some miles in my legs, I decided to do the Trans Elands; a two-day mountain bike stage race that covers 250 km, and took place over the weekend of 23 and 24 October 2015. 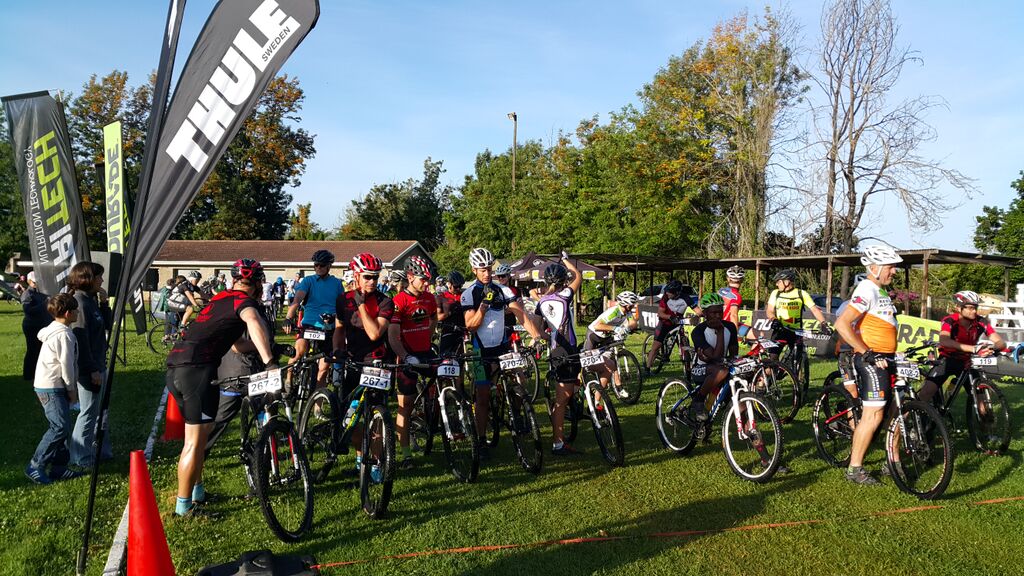 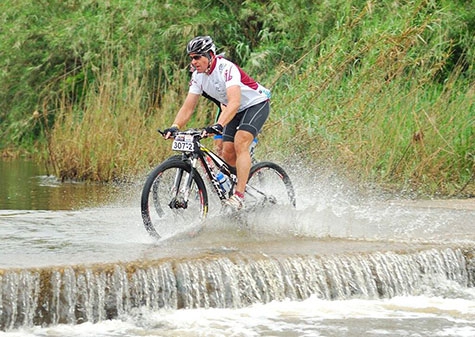 Participants had the choice of entering either the Trans Elands 2 Day Stage Race LITE or the EXTREME CHALLENGE, in teams of two or solo, as I did. Not having ridden this type of distance for ages, I was interested to see how long my legs would last.

The event was held in a small town called Patensie, in the Gamtoos River valley and is on the border of the Baviaanskloof wilderness area; a 192,000 ha conservation area with World Heritage Site status.

Patensie has a few B&Bs and self-catering establishments that one can choose from. And if you are looking for information about what’s on offer and what you can do in the area, the Tolbos Country Shop & Tea Garden is where you will find it. While checking out the information, you can also have a quick bite to eat or try out some of their tasty home-made treats. The best meal I had was at the Ripple Hill Hotel’s Restaurant, which served up a really good steak; just what I needed to refuel after the first stage.

Waking up at 3 a.m. on the morning of the event, I drove through from Knysna, a two-and-a-half hour drive, for a 7 a.m. event start. The Extreme route for day one would take riders through the Gamtoos Valley before climbing up the Trans Baviaans ‘never ender’ to Zuurbron and then descending into the valley, crossing the Gamtoos River at the famous Gamtoos River Ferry Hotel and then ending back at Patensie.

The race started off at a relaxed pace, which suited me as it gave me the opportunity to get the legs warmed up. The day’s riding was mostly on district roads around the area, perfect for fast bunch riding and well suited to riders who don’t like to ride the technical stuff. 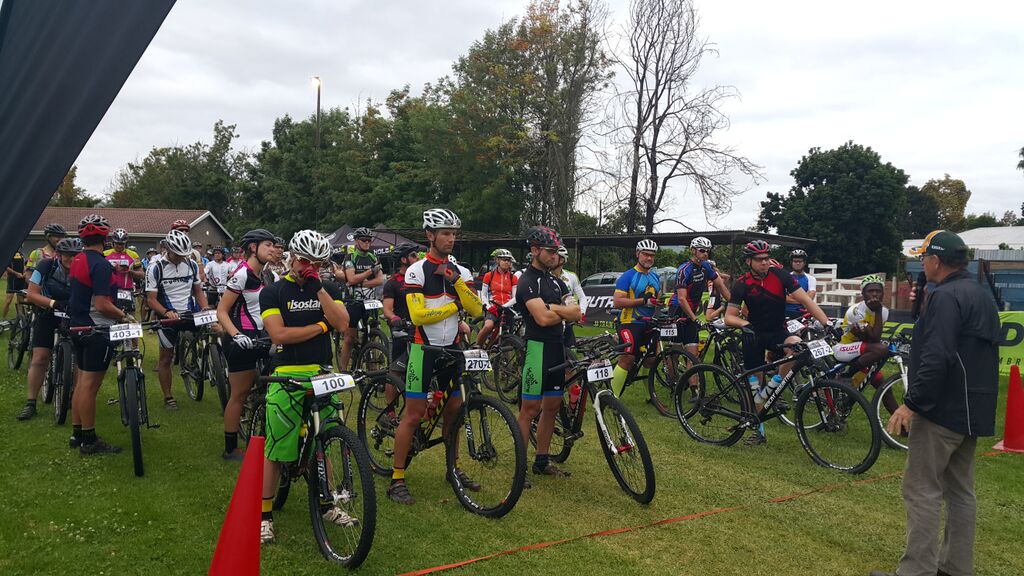 For most of the race we were a bunch of nine riders, until we got to a big climb towards the end and this is where the group split. Jason Meaton and myself, both in the solo category, broke away and enjoyed a little sprint to the finish, where he came out on top.

The morning kicked-off and followed the same route as the previous day, going past Hankey and thenheading to Longmore, an extensive forestry area. The morning was nice and cool, but it didn’t take long for the weather to heat up as we went over the mountains, where we experienced 38°C and high humidity.

The most scenic part of this event was definitely the mountainous areas, made all the more spectacular because you get to ride through these natural areas and experience nature, not just passing by agricultural farms on district roads. As a conservationist, I also prefer riding in the mountains, away from civilisation and human-altered environments.

Our bunch split up much earlier on the second day due to all the climbing. Soon, the lead group was reduced to just three solo riders and one team. At the 100 km mark, another big climb scattered our group at various intervals. By this stage of the race I was dying of thirst, although I had stopped at both the water points much earlier in the race. I was really surprised that there was not another water point at this crucial part of the event. In these high temperatures and with no water, I took my time up making my way up the climb. 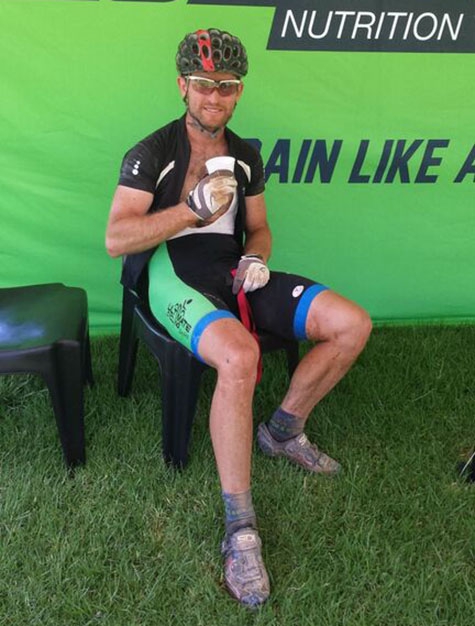 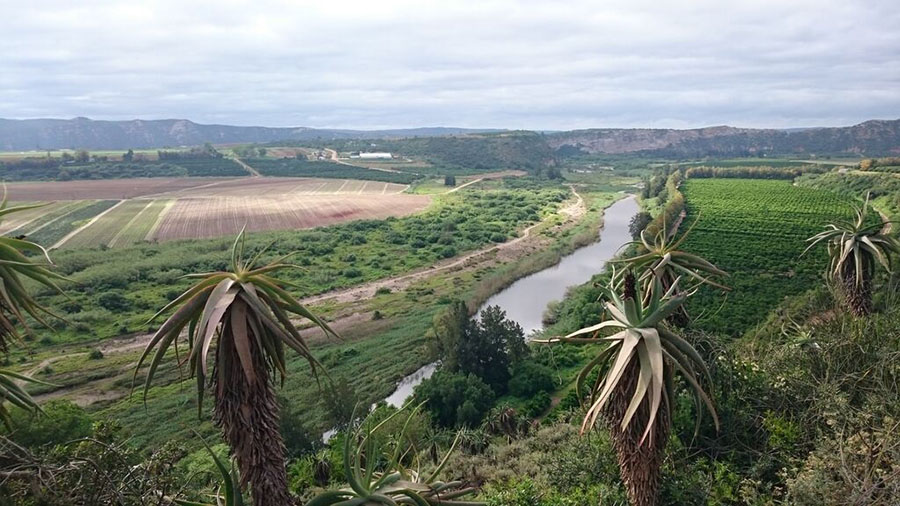 After stopping a few times to ask for directions to make sure I was on the right route, I crossed the line in a time of 6 hours 40 minutes, which ended being a longer day out on the bike than any Cape Epic day I have ridden in. What a great way to get back into training; so glad my legs lasted.

The first team to finish was Bespoked, with Tyronne van Rooyen and Neil Clark. The first mixed team was that of Neil Ungerer and Nicky Giliomee of Merrell. Jason Meaton won the solo category in a total time of 10 hours 10 minutes.

This is a really a beautiful part of our country and an area few actually make the effort to come and see. There are lots of great places to ride here, especially towards the mountainous areas and the Baviaanskloof. And for those adventurer seekers that like their backpacking and canyoning, I can recommend doing a trip through or at least into the remoter areas of the Baviaanskloof.