Travelling through the rough and wild nature of Lesotho, the Burton Park Jam Tour 2013 arrived at Afriski for the second time. The Burton Park Jam Tour, which took place on 13 July, is an event series for young riders who want to build their competitive experience while having fun and enjoying snowboarding. 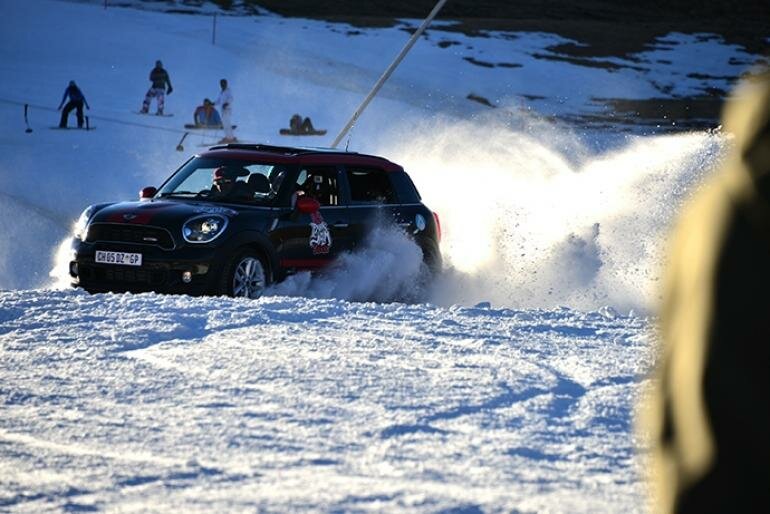 Travelling through the rough and wild nature of Lesotho, the Burton Park Jam Tour 2013 arrived at Afriski for the second time. The Burton Park Jam Tour, which took place on 13 July, is an event series for young riders who want to build their competitive experience while having fun and enjoying snowboarding.

The Burton Park Jam Tour consists of ten stops in total, Afriski being the only stop held outside of Europe and the final stop on the tour. In partnership with Red Bull and Mini, we were excited to hold this world-class, 2-star TTR event for a second year running, and although the conditions were challenging, a lot of work and preparation went into the park and we had a great event.

The day started off with blue bird skies and a perfect slope-style course welcomed riders to the Kapoko Park, Africa's only snow park, which was still in great conditions despite the warm temperatures of the last few weeks. Despite the remote location, there is always a great turn out of dedicated riders, and this year there were more than 30 riders who showed up to compete in this amateur-only, slope-style contest.

The course started out having a three rail feature option, a long butter box, a flat-up box and C box, then narrowed into two options of a pipe rail or a down box. The next line offered three options, that of a flat butter box, a flat-down hand rail, and a ten-stair gap. The next line had a rainbow rail and T-box to finish off the rails, which then led into a jump line, with a small and medium wedge.

All riders got three runs, with the best two runs counting towards the final results. From the start, every amateur snowboarder tried to impress the judges. The youngest riders taking part were only eight years old, but this did not stop them from going all out. The overall show offered by the participants was incredible, with youngsters like ten-year-old Ethan gapping over the butter boxes and getting some big air over the jumps.

First up was the Junior Men, and with last year’s winner, Dean Van Greunen, out due to injury, smooth and consistent riding from Chad Layborn (16) put him in first place, in front of Graham Sepatla (17) and Ethan Tereblanche (10).

The Junior Girls held their own as they sessioned the slope-style course. Abi Clare O’Donnel took the win over eight-year-old Erin Nel, who is just awesome to watch and definitely going to be a top competitor in the future.

The biggest field and some of the closest competitive riding came from the Amateur Men's division. Nick Amoretti and Dean Stephenson had good, consistent runs, nailing the rail sections, but it wasn’t enough to beat Dave Phillips, who rode with solid nose grabs and smooth sliding on the boxes.

Marta 'Mawa' Jekot has been dominating the Women’s Open snowboarding in South Africa for the last decade and this weekend saw nothing different. Mawa once again put on a winning performance, with Vanessa Jackson taking second place as she styled over the boxes and landed a frontside 180. Veronica Serdult’s strong rails and straight airs over the kicker earned her third place overall. All the women have definitely stepped up their game this year and are charging hard. 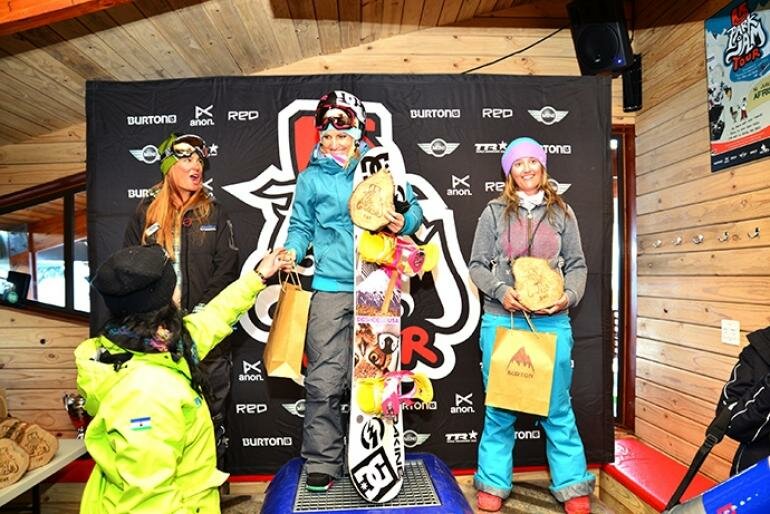 The Pro Men have always been the most entertaining part and it was good to see park builders Rueben Storbeck and Andrew Le Roux enter this year’s competition. Marcin Jekot has always been a force to be reckoned with in the Pro Men’s division, but unfortunately he couldn’t string three solid runs together and this put him out of contention for a podium position. Rueben Storbeck rode solidly and his clean rails put him into third place. Luke Dutton also rode well, landing frontflips off the small roller and a frontside 7 off the kicker. He also went for a 900 on his final run, but unfortunately slid out, thus affecting his overall score and putting him into second place. Andrew le Roux rocked the competition with three solid runs, which included perfect switch rails, spins, and grabs. He landed a huge switch corked backside 5 off the kicker, putting him on top of the podium in first place overall.