The Warrior Race has firmly established itself as a tough event, and the seventh edition, held at Redstone Estate on 19 and 20 October 2013, was no different! 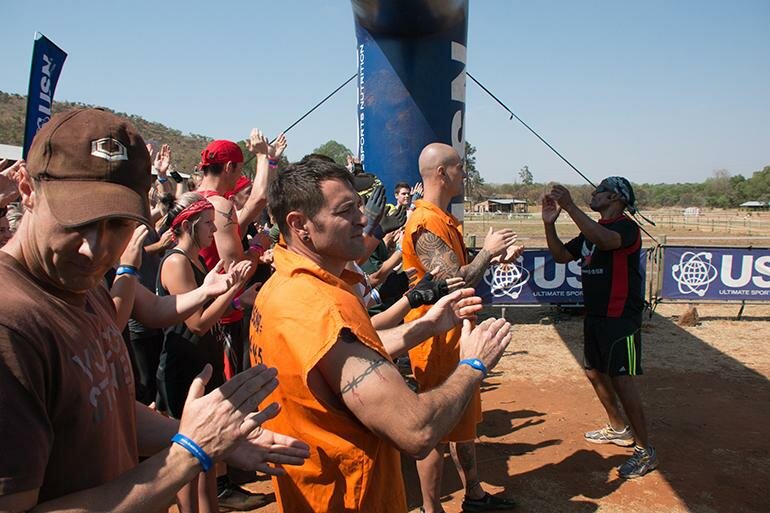 We arrived on Saturday to swarms of people full of team spirit and camaraderie. There were also a few crazy people who went full tilt and dressed up for the occasion in anything from Borat suits to guys dressing up as fairies. The vibe was electric and we knew this event would not disappoint.

The first group to take off was the Black Ops Warriors, athletes determined to make short work of the obstacles, and dusty roads, and trails meandering through Redstone Estate. At the first water obstacle, the leading group still looked fresh, as they powered their way over the log section in an attempt to get to the half-pipe first. From there, it was a gnarly trail run up and around the mountain, which tested even the fittest of Warriors and left many gasping for the last bit of air left in the tank. These men and woman were true warriors!

The next challenge to conquer was the Taser, a 10,000 volt obstacle from hell. As a spectator, this is my favorite obstacle because it is feared by the competitors (as it rightly should be) and provides much entertainment for those on the sidelines. For those not familiar with this testy obstacle, the look on the participants' faces as they approached the Taser was priceless. I watched in fascination as this huge guy tried to master it, and the saying, 'The bigger they are, the harder they fall' was never more apt. I think the surprise of the 10,000 volts contributed more to the fall than the actual shock, but when he came down, he came down like a ton of bricks and face planted in the mud. Regardless if you were big or small, it was equally unforgiving and at one stage, I didn't know whether to laugh or cry for them.

Back at the start, there were thousands of rookies eagerly waiting to start their race. Due to the huge numbers in this category, the start times went on until 3 p.m. The Rookie course is well suited to kids (from 13) and adults, who want to push themselves but still enjoy the event, and this weekend saw quite a few family teams entering. I chatted to Frank, a good friend of mine who was taking part for the very first time, as was his girlfriend, to see what this event was all about from a first-timer's perspective.

Frank, a former off-road motorcycle rider, loved it so much that he has actually sent out a request on social media to start a four-man team, so that he can compete seriously in these races. Just like Frank, the Warriors that completed the race all talked about coming back for more and even taking on the Black Ops course!

All being said and done, I have to take my hat off to every single competitor who competed in Saturday's event, not only because it's a tough race but because they also had to compete in extreme weather conditions. The temperature peaked at 36°C, but despite the sun beating down relentlessly on these warriors, they pushed through and did what had to be done.

The Warrior Race is not just about the athletes because the spectators' enjoyment is always a serious consideration. At this event, there was a nice and big beer garden that was thoroughly enjoyed by men and woman alike. The beer garden also seemed to be the gathering point for the telling of stories of great achievements, as well as hilarious tales of epic fails! 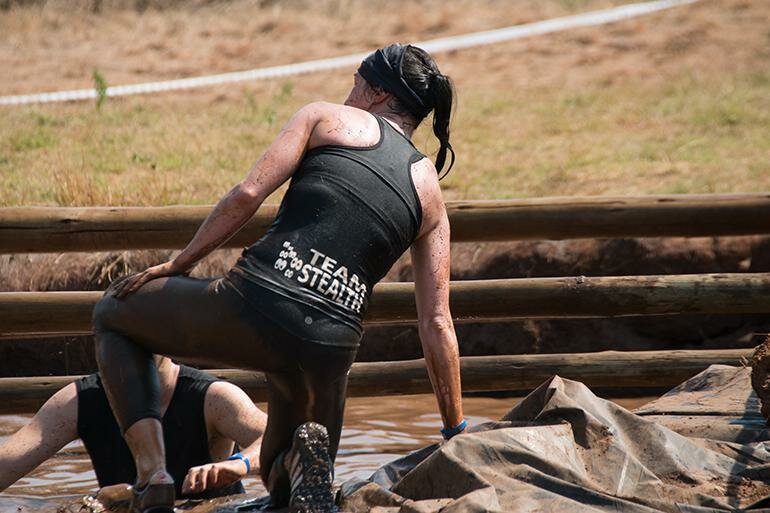 I woke up to the rain pouring down from the heavens and I knew that today was going to be an even tougher day for the competitors! Today was the big one, the Black Ops Elite race and all the big names in obstacle racing had come to slog it out for the R10,000 first prize. On the way there, I got the feeling that one rain coat and Gore-tex shoes wouldn't be enough. Arriving at the estate, I was greeted by more rain and mud, and it was cold - the complete opposite of the day before. Within minutes, I was soaked to the bone and looked like a wet pup.

Despite the bleak conditions, the competitors were ready and waiting at the start line for this, the main event, the Black Ops Elite.

Warrior Rick sent them on their way and we waited with baited breath to see who would get to the water obstacle first. Claude Eksteen had started off almost a minute late and had a lot of catching up to do, which he did. As he approached the Mud Monster obstacle, Claude had built up a lead of about a minute and a half. By the half-pipe, he had extended this to over four minutes. I heard a spectator say to the organiser, Pieter Swart, that he should just make out the cheque to Claude and let the man go home before he got too wet. Read on for the catch to this comment.

By the midway point, the field had split up and it looked like Claude was going to cross the finish line first, as he was now more than half-an-hour ahead of his nearest rival.Now it was just the Monkey Bars that stood between Claude and victory. However, with all the rain and Claude's very cold hands, the bars were very slippery, making this obstacle seem impossible to overcome. To give you an idea of how challenging this obstacle was, the second-placed competitor caught up to Claude, who had been trying unsuccessfully for more than 30 minutes to defeat this obstacle. When the third and fourth competitors arrived at the obstacle and couldn’t get over, the question of scaling down this obstacle was raised. But the organiser stuck to his guns, saying that everyone had to give it a try. All of a sudden, even the person in last place now stood a chance to win this race and take home the prize money.

I stood at this obstacle for close on 45 minutes, watching a bottleneck form, and I was sure that no one was getting over this bad boy. Then I saw the organiser running towards the finish line. This could only mean one thing; someone had made it over and was gunning it towards the finish. As I looked back at the Monkey Bars, I could see the silhouette of a disappointed Claude still battling this beast.

The surprise winner was Shannon Fisher, a man built like the warriors of old (it looked like he could carry a VW Beatle across the line like it was a toy.) With a huge smile and sigh of relief, he crossed the line to become the #1 Black Ops Elite Warrior! It was a fantastic achievement and in the end, it was the best athlete who won on the day!

I can't wait for Warrior #8, which is being held at Stoke City Waterpark, in Midrand, Johannesburg, on 30 November and 1 December, as this will be the final event in the series, as well as the national event to determine who will be South Africa's first Warrior Champion. I believe that after the heartache and disappointment of Warrior #7, everyone is going to come out guns blazing.

I will definitely be there as this event is going to be just too epic to miss out on! 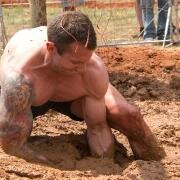 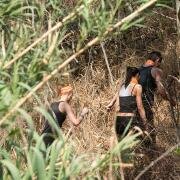 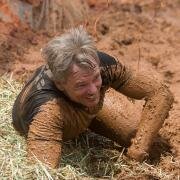 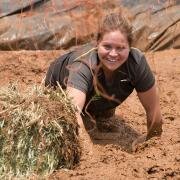 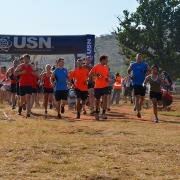 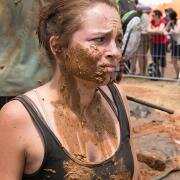 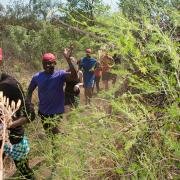 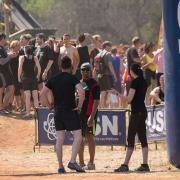 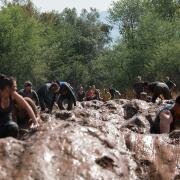 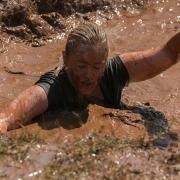 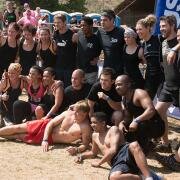 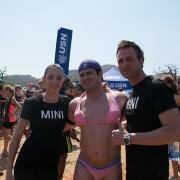 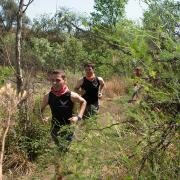 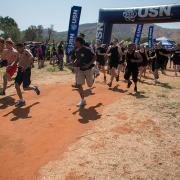 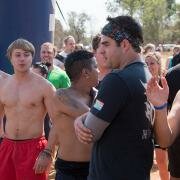