Adventures, videos and a new year

Keeping up with your adventures can be challenging - there really is a lot happening all the time. Over the past few weeks expeditions have wrapped up - and others have begun. Let's see what is happening at the moment... 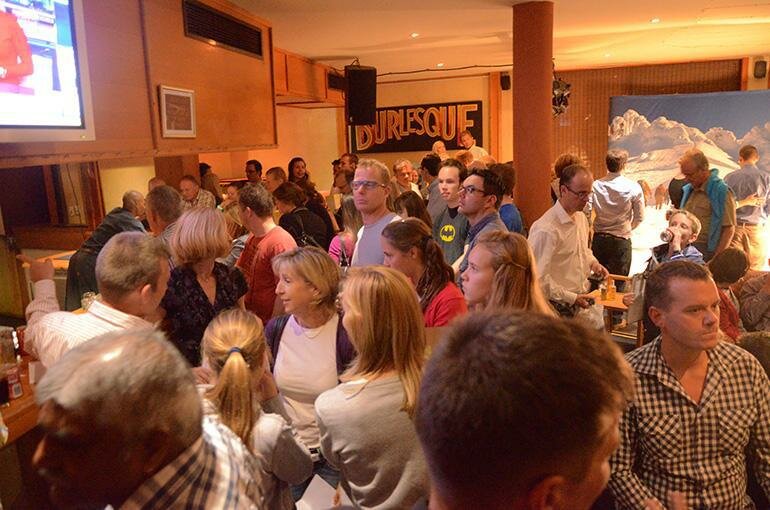 Wits2Rio - sailing the Cape2Rio yacht race
Although we don't really 'do' organised events at FEAT, I've been totally impressed with a bunch of Wits students who have succeeded in the mammoth task of raising funds, securing a yacht and getting themselves together to sail in the annual Cape2Rio yacht race. The event started on Monday and from the outset there was trouble on the water as the boats headed into a nasty storm. A sailor lost his life on one vessel (washed overboard and then retrieved), others had mast damage, comms loss... And yet out students made it through unscathed.
On Day 3 they were lying 8th in their class. The best place to keep tabs on them is through their Facebook page (Wits to Rio 2014). Their boat is named 'Amtec Wits Aladdin' on the Cape 2 Rio website and results. Go Wits!

Geoff Dalglish
Over the past 2.5 years Geoff has walked the equivalent of a third of the circumference of the Earth (see this FEAT post from 2011 when Geoff completed his first country). In recent months he walked through four of Europe's major mountain ranges - Alps, Grand Massif, Pyrenees and Cantabrians - and six countries as an ambassador for WILD10, the 10th World Wilderness Congress.

"Wherever possible I followed the migration routes of wolves which have staged an amazing comeback in many parts of Europe, after being hunted to extinction in many places," he says. A journalist by trade, Geoff last year published a book, "Lost and Found" and he has written and featured in numerous magazine features - like this one on IOL.

Expeditions wrapped (Ray Chaplin) - almost (Russell Kearney)
Back in early December I put out a post catching up with adventurers and where they were at the time. Ray Chaplin was about to complete his Orange River expedition and Russell Kearney was approaching Cape Town, with his dog Kei - they'd been walking around SA. Ray completed his adventure of riverboarding the length of the Orange River on 10 December; and Russell closed in on Cape Town. This was not, as I thought, to be the end of Russell's journey. He's in Darling and will resume walking on Monday from Gordon's Bay (last furtherest point) to Somerset West.

Davey du Plessis
No one can forgot Davey du Plessis' story - his tale of survival after being shot while on an expedition down the Amazon. His book, 'Choosing to live' has been published and it is available online through the Red Pepper Book Company. While you're waiting for your copy to arrive, read this article (online version) about Davey, which is in the Jan 2014 issue of the Wellness Warehouse magazine. And to refresh your memory, watch Davey's FEAT talk again (October 2012) and follow him on Facebook.

Chris Bertish
Only weeks after his energised talk at FEAT, Chris Bertish was back on his SUP and shooting for a 12-hour Open Water SUP distance record, which he achieved - 130km in 12hrs! SUP, The Mag, has done a Q&A piece with Chris on his record.

He's not only a SUP Guinness World Record holder but also an accomplished Big Wave Surfer - and a few months ago he got the nod to compete at Mavericks. He's on standby and waiting for the call from event organisers to board a flight for California. He won Mavericks in 2010 and placed 6th last year (the event wasn't held in 2011 and 2012). Only 25 surfers get the invite. As he says, the training for Big Wave Surfing is VERY different to SUP so he's swapped his SUP for a surfboard and can no doubt be found daily at Cape Town's surf spots. Young Big Wave Surfer Frank Solomon, who spoke at FEAT in 2011, is on the alternate list (together with THE Kelly Slater). He'll get the call if a confirmed surfer withdraws. Grant 'Twiggy' Baker will be competing again too. Pretty good showing from South Africans!

Videos of FEAT talks
Videos are posted one-one-one. See the boxes below for the ones already up.

Sean is also working on the first FEAT Kids event, which features eight youthful speakers. This event happens on 4 April 2014 at the CMA in Squamish, BC. This FEAT Kids promo video is a must-see. We'll hear more from Sean as we get closer to this event. AND - warm congratulatory wishes to Sean and his wife Tanya. They welcomed their bouncing baby girl to this world a month ago. When I asked whether he was getting any sleep Sean replied, "Sleep hasn't been bad at all. Adventure racing has prepared me :-)". It's a safe bet that we could see her on the FEAT kids stage in 16 to 18 years time...

A New Year
While I'm not into resolutions I do appreciate turning the page on the year as an opportunity to restart... to kick start... Ideas, plans, adventures. Sometimes it takes me a few years to get things off the ground, like my Forest Run ultra (62km and 35km routes, 1 March 2014) which took me eight years to get around to organising (first event held last year)... but they do take off and I'm past chastising myself for the 'delay'. Better late than never ;) And this goes with all of those things that are put off but remain never far from our thoughts for a variety of reasons (usually time and/or money).

So... a fresh page. A clean sheet. Although I don't have specific adventures planned (almost everything is, for me, an adventure), I'm aiming to do more things I want to and less things I don't this year. And to be able to stop and smell the pine trees, which I so didn't do last year.

Wishing the same - and more - for you,
Lisa