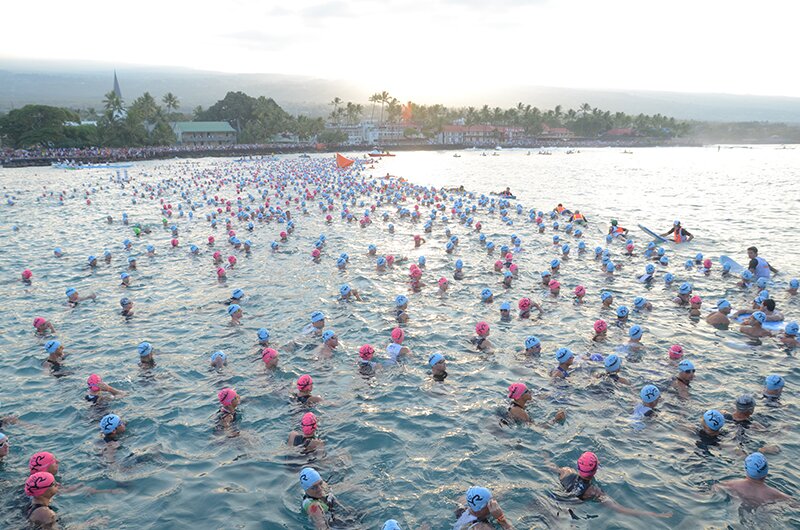 My IRONMAN journey: IRONMAN South Africa - 22 April 2012: I was fortunate to win my age group (females: 55-59 years), thus qualifying to participate in the IRONMAN World Championship to be held in October 2012 in Kona, Hawaii.

Preparing for the IRONMAN World Championship presents its own set of challenges. The build-up to the event is very demanding, especially with having to juggle a full-time job while accommodating a training schedule of between 20 to 25 hours per week throughout the winter months.

During this period, one pushes one’s limits, tests one’s strength and challenges one’s endurance, both mentally and physically.

I had a great event in Kona. We arrived back in South Africa on the Friday and I returned to work on the Monday. My work load increased significantly and I worked very long hours with very little sleep, but strangely enough I never felt tired.

Then in December 2012 I fell ill. My symptoms included internal tremors and severe uncontrollable jerking of my limbs, eyes and facial muscles. At times I was extremely light-headed and just generally felt sick. I had a feeling of ‘fullness’ on the one side of my head accompanied with a feeling of liquid moving from one side of my brain to the other when I turned my head. Occasionally, I was seeing the world 'frame-by-frame’. I went for several MRI scans and blood tests, but all the results came back negative. My condition was impossible to diagnose at the time, with no treatment forthcoming.

I tried to live a ‘normal’ life as best as I could, but my symptoms gradually got worse. I suffered from severe sleep deprivation and, at times, was so weak that I could hardly walk. In February and again in March 2013 I was admitted to hospital, underwent extensive tests and MRI scans, but once again, and to my frustration, doctors and specialists couldn't find any physiological explanation. I was finally diagnosed with anxiety disorder - in my view, a poor attempt to give a catch-all name for my condition.

The psychiatrist explained that, in his opinion, I was on the verge of a nervous breakdown due to my nervous system being stuck in ‘fight-flight mode’. I was put on medication, went for a couple of counselling sessions with a psychologist and tried to get through each day as best I could. I was now constantly in survival mode.

I was caught up in a vicious circle of tremors and sleep deprivation that obviously increased my anxiety. In my experience, people have very little empathy with psychological conditions. How do you explain to people that you are not purposely subjecting yourself to anxious and stressful situations and that the way you are feeling is not just a case of mind over matter?

Although having been assured by medical practitioners that my condition was benign, I refused to accept that there was no cure. I continued with physical activities, albeit not as extreme as training for an IRONMAN event. I was on a quest to find an answer to this debilitating condition. I have been to various medical practitioners and specialists over a two-year period. I was given different prognoses, which included in the extreme case having to stay on the medication for the rest of my life, as my nerve endings were permanently damaged. A bleak outlook indeed.

In May 2014, having been on medication for over a year, I spoke to my psychiatrist about my decision to wean myself off the medication. Although I believe that synthetic drug treatment of chemical imbalances is a legitimate course of action, they do not however, in my opinion, treat the underlying behavioural causes. Unfortunately, after six weeks, I was back on the medication as the severity of the tremors increased and my sleep quantity and quality again deteriorated. I had experienced a relapse.

My journey to healing

I hated the way I felt, couldn’t sleep and became despondent when thinking of having a future like this. To add insult to injury, I experienced several side effects due to the medication. I was determined to get to the bottom of this and not allow this ‘disease’ to steal my joy any longer.

Through a ‘strange sequence of events’, I came across an article "Hypnotherapy – Can it help you?" in DO IT NOW’s online magazine. The article was written by Andrea Kellerman, a qualified psychologist and hypnotherapist. The key message in the article was to use hypnotherapy to gain more control over your mind, to change unwanted behaviours and achieve your goals.

Having had preconceived and ill-informed ideas about hypnotherapy, I was very sceptical about this type of treatment. Since I had exhausted all other options, it was now a matter of playing the odds. I became my own guinea pig. What did I have to lose?

I contacted Andrea Kellerman and gave her the low-down of my condition. For the first time somebody actually explained to me what was happening to my body when stuck in fight-flight mode. The focus was off anxiety and onto a physical condition that impacts on emotional and a host of other health concerns.

When you engage in stressful activities, your body enters into the fight-or-flight mode, where it believes that you need a surge of energy to survive. The primary stress hormone in your body is cortisol. It is supposed to give you more energy, but it also increases your blood sugar, suppresses your immune system to save energy and begins breaking down your storage of protein and carbohydrates. Over a long period of feeling stressed, such imbalances in the stress hormones can affect energy levels, emotions and lead to many other health concerns, such as anxiety, allergies, chronic fatigue, insomnia, depression, migraines, recurrent infections and many of other issues.

Andrea went on to explain the concept of neuroplasticity, the capacity of neurons and neural networks in the brain to change their connections and behaviour in response to new information and sensory stimulation. Anxiety changes the way you think and unfortunately that often means that your own thoughts are your worst enemy. This can actually change your pathways in the brain. However, for neurons to form beneficial connections, they must be correctly stimulated. This is where hypnotherapy comes into play, as it is the easiest way to get through to the subconscious mind.

Andrea explained to me that it will take time to heal completely, but promised that we will walk this road together, step by step, while working progressively towards complete healing. Andrea discussed my case with her colleague and homeopath, Dr. Natasha Louw, and it was suggested that the mirtazapine, the substance used in the medication I was taking, could in fact exacerbate the tremors I was experiencing. We were now looking at a holistic approach to healing. The hypnotherapy sessions targeted the underlying cause of my chemical imbalance, my stress and anxiety, and my brain started to change overtime and through positive reinforcement.

I believe that it was not one event that brought about my condition, but rather a series of traumatic events. We are aware of the hard work and effort we constantly put into our daily lives, but we do not see the psychological trauma brought about by the emotional and mental effort that sometimes exceeds our ability to cope or to integrate the emotions involved with the experience.

I consider myself a strong-minded, goal-oriented person and achieve my goals through hard work, discipline and perseverance. Having said that though, I have, over the years, not only tended to think and speak negatively, but also accepted external negative thoughts and emotions to dwell on. As a result, this had a negative impact on my self-esteem, assertiveness and general outlook on life.

I have been undergoing hypnotherapy treatment since September 2014. Through these sessions, I am learning to think and talk positively and not accept negativity into my life. I’m learning to elevate my thoughts, words and emotions from negative to positive, breaking a habit that almost destroyed my life. I am learning to accept and love myself for who God intended me to be, standing up for what I believe in, in a calm and assertive way. This hard-wire reversal of my thought patterns will take time and effort to fix, much like the months and probably years it took to develop my current condition.

I have once again started the process of weaning myself off my medication, replacing it with natural homeopathic supplements to assist the healing process. It is now seven weeks since I have weaned myself off my schedule five medication, of course, under the watchful eye of Andrea and company.

My life has changed significantly for the better, both physiologically and psychologically. I am much more energetic, my tremors are diminishing, even though doctors told me I have to live with them for the rest of my life, and my sleeping pattern has improved. Over the last weeks, I was shown and helped to make some drastic lifestyle and dietary changes that have proved to be the secret to transforming into a healthier, positive and stronger me. I didn’t need medication to transform and feel better.

I continue to be physically active and constantly work hard at changing my thoughts, words and emotions from negative to positive. I am finally on a healing journey with people that really understand and care about my well-being, and I have seen tremendous changes. I can live again, sleep again and feel hopeful to have a healthy future. Best of all is that this was possible by being trained to control my mind.

Says Andrea Kellerman, “Hendra contacted me in September and set up a number of Skype sessions. It is great to work with people from different parts of the country or from overseas. Hendra’s changes and transformations are truly amazing and it is inspiring to see how powerful the mind is when using it correctly.”

More information
To learn more about hypnotherapy and how it can help you, visit Andrea Kellerman’s website www.eq-advantedge.co.za or call 031-266 8563.