Don't miss these and other fantastic movies and games that are coming out this December. 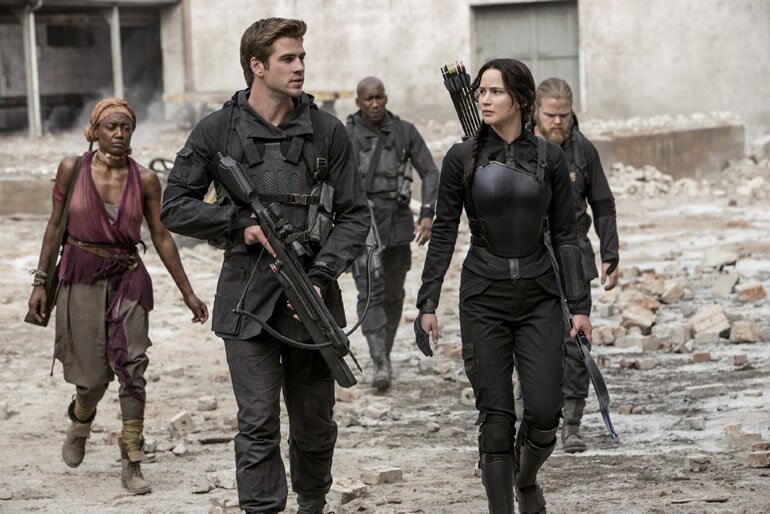 Hope is contagious and too much of it is dangerous, but it is the only thing stronger than fear; it is the only thing that will defeat Snow. Against that cold winter snow that burns beauty white, there will be four simple notes that relay across the lands, carried on the wind. It is the melody of an uprising and the harmony that once reigned is over. All that remains are those damning white roses, which do nothing but cover the graves of the fallen. The people, moved by hope, will crawl over each other’s dead bodies to fight for freedom.

The saga continues immediately where it left off from the second edition, Catching Fire. Be sure to have caught up on the plot, characters, relationships and emotions as there is no narrated preface or montage to remind you.

To grasp the full entertainment value you will need to be a book fan, have recently watched the past two films or just have a really good memory.

In the long list of characters, everyone has their own demons to face and sub-plots to fill. This is where the movie can never show the true narrative so tangible in the books.

Haymitch sobers up, President Coin steps up, Finnick ‘fesses up and Effie returns to dress-up. As for Gale and Katniss; well that could be a whole novel on its own. This all makes for a great evolution in the series, well scripted and moving away from the situational to the metaphorical.

The motivation for Katniss’s actions move away from a response to an immediate danger into a new game of media propaganda, battle strategy and tough calls, but still all about survival.

So the games have ended, but the game is just beginning and now the sacrifices are greater and the stakes higher. But can simple acts of love still win the world over? You will need to wait for November 2015 for part 2. As part 1 ends, you will feel that the wait will be difficult, but that is what all of this is all about, hope for the future.

The penguins from the smash-hit Madagascar get their own film as secret agents in this animated adventure comedy. When a villainous octopus named Dave (voice of John Malkovich) hatches a plan to eliminate all penguins from zoos across the world, Skipper (Tom McGrath), Kowalski (Chris Miller), Rico (John DiMaggio) and Private (Christopher Knights) are forced to team up with a clandestine, secret service-type animal organisation known as North Wind, under the leadership of Classified (Benedict Cumberbatch), to thwart the diabolical plan. Ster-Kinekor is releasing this much-anticipated film from Dreamworks® at its two IMAX® 3D theatres at Gateway in Durban and The Grove Mall in Pretoria on Friday, 28 November, a week before its national release on Friday, 05 December.

One of the most refreshing things about the penguins is that their popularity is a bit of a fluke and because of that their voices are gorgeously those of non-celebrities. Another thing I like about the penguins is that they operate on a sort of subplane of the Madagascar-verse, one where they're actually skilled and correct instead of inept and delusional. They also have a humorous disdain for the regular Madagascar world, as shown wonderfully in one of the opening scenes, which takes place at the end of Madagascar 3, where the penguins are trying to quickly escape the celebration and the blaring of the "Afro Circus" song, which is driving them all insane.

Get ready for a fast-paced, joke-heavy steamroller of a movie designed to amuse you for 90 minutes.

I was quite exited when I heard about Rugby 15. Would this be the rugby game to launch rugby into the next era and reach the heights of FIFA? Well, first off, let me answer the most obvious questions. What leagues are available in the game? Are all the players and licenses included?

The game has the Aviva Premiership, Top 14, Pro D2, Southern 15 and the Pro 12 all available. The players from these regional teams are all included.

In conclusion, I have mixed feeling about Rugby 15. There are some bugs and the AI tends to, every now and then do silly things. It also isn’t going to win any prizes for the prettiest game.

That said, I enjoyed the new control scheme (when it worked) and a lot of it felt new and innovative. Playing local multiplayer is a blast and kept me coming back time and time again.

I would like to see HB Studious build on what they started in Rugby 15. It isn’t a very polished game, but it shows promise. If they learn from their mistakes and spend more time polishing what they have done in Rugby 15, I look forward to a future where we might get the perfect rugby game. Until then, Rugby 15 is a flawed yet fun alternative and if you are willing to look past its faults, it is an enjoyable experience.