The magic of horses

“One dream, one soul, one prize, one goal, one golden glance of what should be - it’s a kind of magic.” So said Queen’s Freddie Mercury in the song from the movie, The Highlander! 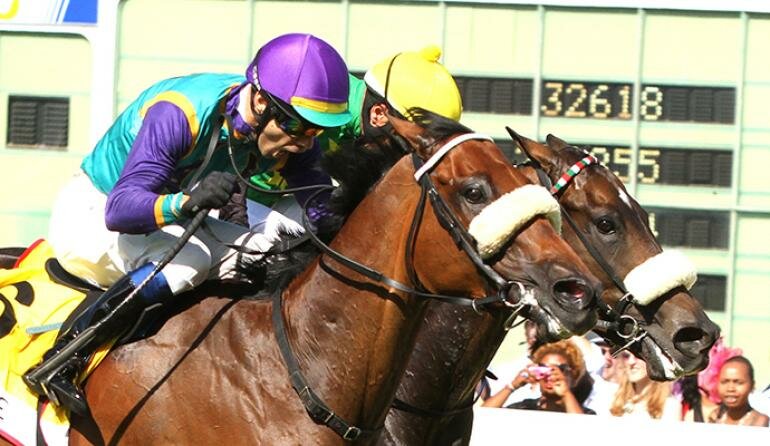 When it comes to horses and racing, it really is a kind of magic! We all dream and there is always the goal to win. However, while the excitement, thrill, and pride of a winner are incomparable to any sport, the difference in racing is, it’s all about the horse! Never mind the people with characters (and there are many of these), it’s the thoroughbred horses that bring the real character and emotion to racing and it is them that sets racing apart, as a competitive sport.

No two horses are the same, from colour, conformation, and size, to temperament, character, and quirks. There are personalities and differences that make them stand out, which allow one to be greater than another or simply speak to you personally because something about the individual catches your eye or captures your heart!

It was just such a ‘connection’ that persuaded Mrs. Patricia Devine to bid on a gangly weanling colt, at the Royal Showground in Pietermaritzburg for the Natal mare and weanling sale, in 1985. Having seen him standing alone, Mrs. Devine could not resist the striking colt and although not convinced, her husband Henry agreed to bid on him, but only up to R10,000 and no more. When the bidding started, Mr. Devine went up to the promised R10,000 but another hand went up to take the bidding to R12,000 and Mr. Devine shook his head! Quietly determined to buy the rangy colt, his wife pushed his arm up again and he was sold to them for R15,000.

What a stroke of luck or foresight that was, as that big gangly colt, Jet Master, turned out to be a multiple-champion sprinter and Champion Sire for five successive seasons! During his racing career, Jet Master won 17 races, including eight Grade One’s and at the end of the 1999-2000 season, he was named South Africa’s Horse of the Year. He was also named Champion Older Miler and Champion Older Sprinter during his racing career.

He only raced up to a distance of 1,600 metres because of a breathing problem, but his progeny’s results indicate that he would have managed the classic distance of the big races, such as the Durban July and J&B Met, raced over 2,400 metres, had he not had a throat problem. One of his very notable quirks is that during his racing career, he had a sheep called David as his companion. David travelled everywhere with Jet Master and was a regular but rather unexpected sight at the racetracks. Many colts and stallions need a companion to help keep them settled, but another horse or pony is not always the best option and so sheep have been the best friend of many a great race horse!

After retiring to stud in 2001, Jet Master sired many top-class thoroughbreds, including the winners of 24 Grade One races. He initially stood for a covering fee of R12,000. His most notable progeny include Pocket Power, winner of the Durban July, four J&B Mets, and five Queen’s Plates; his sister, River Jetez, who also won the Met; and JJ The Jet Plane, the much-loved sprinter who won 14 times in four countries with an unforgettable Hong Kong Sprint victory in 2010.

Jet Master’s covering fee increased with the growing success of his foals and peaked at R200,000 before it was reduced to R170, 000, then to R150,000 as the industry felt the pinch of the recession after 2008. He was Champion Stallion for five successive years from 2007 until 2012, a superb record for a South African-bred horse.

Very sadly, he died in November 2011 at the age of 17 following complications from a virus. The South African racing industry and particularly Mr. and Mrs. Devine were devastated by the loss. In the words of Mrs. Devine, “I can’t explain what great excitement he brought into our lives. He was very special.” 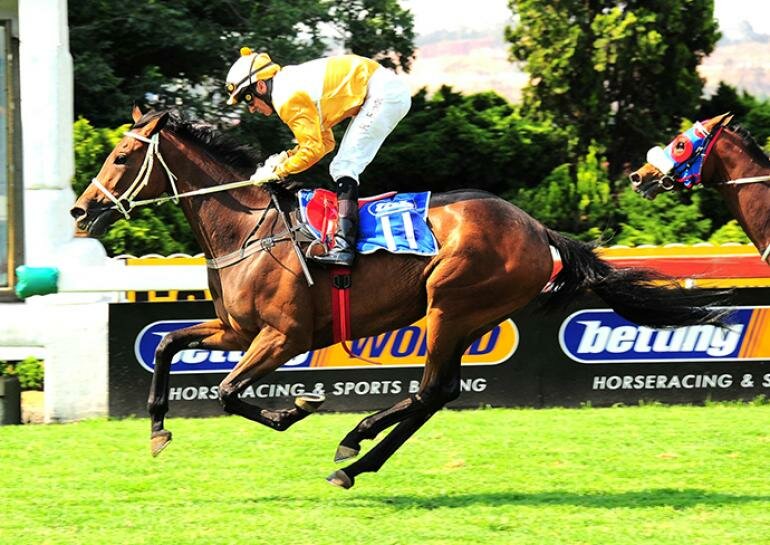 Both his most successful sons, Pocket Power and JJ the Jet Plane, are geldings (castrated horses) and therefore could not go on to stud. Pocket Power has been retired to his former work-rider Belinda Haytread and has taken to his second career in show jumping with the same competent attitude as he did when racing. JJ is now enjoying his retirement at Balmoral Stud in the KZN Midlands, following his global race career across four continents.

Neither of these champions were straightforward and anyone who worked closely with them will tell you that they had strong personalities, distinct characters and were not to be trifled with - probably the traits that made them champions. Imagine Racing’s syndicated-mare Stunning Jet, another daughter of Jet Master, was very particular about who she liked and did not like visiting her stable and made it known. While she loved her three women owners, she was not always as friendly to others or the stable staff. She was also very fussy about how she went out to exercise and was always a handful to get ready for a race. As a five-time winner, she has just been retired to stud, to breed the next generation of little Jets!

While these were stellar achievers, obviously not every horse retires as a champion. The thoroughbred is bred to work and is an athletic, brave, and willing partner and they hold a special place in any horseman’s heart. Many go into competitive showjumping and eventing environments or go on to be schooled for polo and polocrosse where they excel. Some of our South African thoroughbreds have even gone on to compete very successfully in their second careers in the UK and further abroad. Five of the top eight horses in the mini SA Derby (with jumps of 1.35 m) last month were thoroughbreds.

To this end, the newly launched initiative, Beyond Racing, aims to promote and reposition the after-racing demand for thoroughbreds, assist with their transition from racing to sport and leisure horses, and ensure that our thoroughbreds are well looked after beyond the racetrack. A number of recent incidents have highlighted the fact that they sometimes end up in the wrong hands and due to ignorance or gross neglect, are found in terrible conditions. To safeguard the thoroughbred, Beyond Racing is campaigning in partnership with the breeding and racing industry, sport horse industry, and animal welfare units, to promote their care and highlight their successes as riding horses across the various disciplines.

On the international scene, there are two prominent thoroughbreds that have transitioned from racing to other equestrian sport. The first is the Burghley and Badminton three-day event Champion, Clifton Promise, and the second, former National Hunt Champion, Kauto Star, winner of the Cheltenham Gold Cup, winner of the King George VI Chase for a record five times and widely considered one of the greatest steeplechasers of all time. Kauto Start was retired at the end of last year and has been testing out the dressage arena. Clifton Promise is ridden by New Zealand-eventer Jock Paget, and is a New Zealand-bred thoroughbred who raced unsuccessfully, but has proved to be an exceptional athlete. Not since 1989 has a combination claimed both the Burghley and Badminton titles in the same calendar year. They were also part of the bronze medal winning team at the London Olympics 2012.

So not only is there magic in racing, horses are magical and it is a privilege that they give us such experiences on every level.