Pietermaritzburg – Shortly after completing a record Drakensberg Grand Traverse effort recently, 'Dusi Princess’ Robyn Kime confirmed her absence from canoeing will continue for the foreseeable future and hence the five-time Dusi Canoe Marathon winner will not be on next year’s start line on Thursday 19 February to make the 120km journey from Pietermaritzburg to Durban. 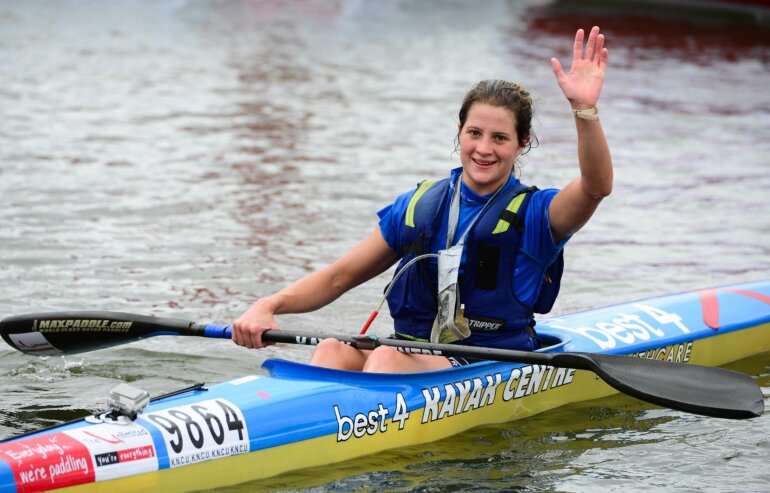 Kime, who clinched the women’s K2 title with Dusi Queen Abbey Ulansky in 2010, 2012 and 2014 while also notching up the K1 titles in 2011 and 2013, lay down her paddles shortly after the conclusion of the 2014 Dusi and Non Stop Dusi Canoe Marathons as she and her boyfriend, Michael Owen commenced a global exploration.

Having recently joined the Merrel Adventure Addicts adventure racing team, Kime is currently enjoying a brief stint in sunny South Africa during which she and Graham Bird set a new record for the mixed pairs conquering of the mystical mountainous challenge in the Drakensberg.

Many in the paddling fraternity had hoped Kime’s homecoming would signal the start of a return to the sport she has enjoyed immense success in during her young career however the 24 year-old confirmed her paddles will remain dry for a while longer.

“I’ve got a relaxing few months up ahead; (Michael) and I are (going to be) working a ski season up in France. I’m on a gap year at the moment and we've have been based there for a little while now,” Kime explained during a SAfm interview shortly after her Grand Traverse success.

“I start work at a ski resort over there in a few weeks’ time and then I’ll next be back here in South Africa again in May where I’ll be linking up with the Merrell Adventure Addicts again and doing a couple of adventure races with them which will also be something completely new for me,” she added.

Kime’s absence from next year’s Dusi opens the doorway for 2014 women’s paddling shining star Abby Adie to finally break her Dusi duck after the Natal Canoe Club/Kayak Centre athlete was the next across the line on all five occasions of Kime's victories.

The 64th edition of the Dusi Canoe Marathon takes place from Camps Drift in Pietermaritzburg to Blue Lagoon in Durban from Thursday 19 to Saturday 21 February 2015. More information can be found at www.dusi.co.za