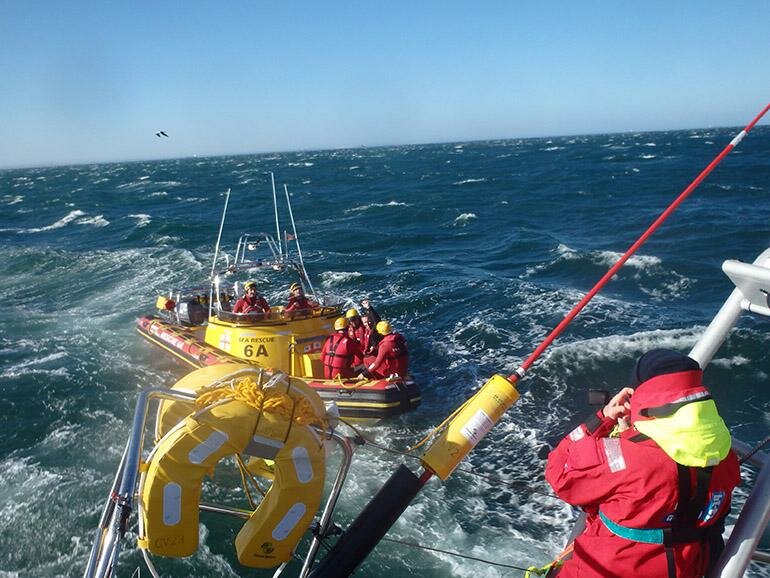 Legendary yachtsman, the Clipper Race Founder and Chairman, Sir Robin Knox-Johnston said: “As an experienced yachtsman who has completed four circumnavigations and more than five decades of sailing, I am a real advocate of the crucial role that organisations such as the NSRI play in the support and protection of sailors."

"As an expression of our gratitude and a recognition of the excellent service they provided David Griffin and Michelle Porter, the Clipper Round the World Yacht Race is pleased to be donating 50,000 Rand to the continuation of Port Elizabeth’s NSRI service.”

The twelve-strong Clipper Race fleet competes in the world’s longest ocean race at 40,000 miles, crewed by 670 amateur sailors representing 40 nationalities in the 11-month race that visits six continents. The race left Cape Town at the beginning of last week and were headed to Albany, Western Australia in Race 4 of its marathon journey when winds of more than 50 knots gusting to 90 knots lashed the fleet as they headed south in the Agulhas Current. For more information on the Clipper Race, see www.clipperroundtheworld.com.