Kiting - talking about a REVolution

For the control freaks amongst us, there is probably no better-suited kite than the Revolution, also known as Revs. These quad-line kites (four lines) allow for extremely precise, multi-directional flight. An experienced pilot can fly them in almost any conditions - even indoors with no wind at all. Up, down, forwards, backwards, sideways, motionless, or tearing through the sky - there is almost no limit to what these kites can do in the right hands. 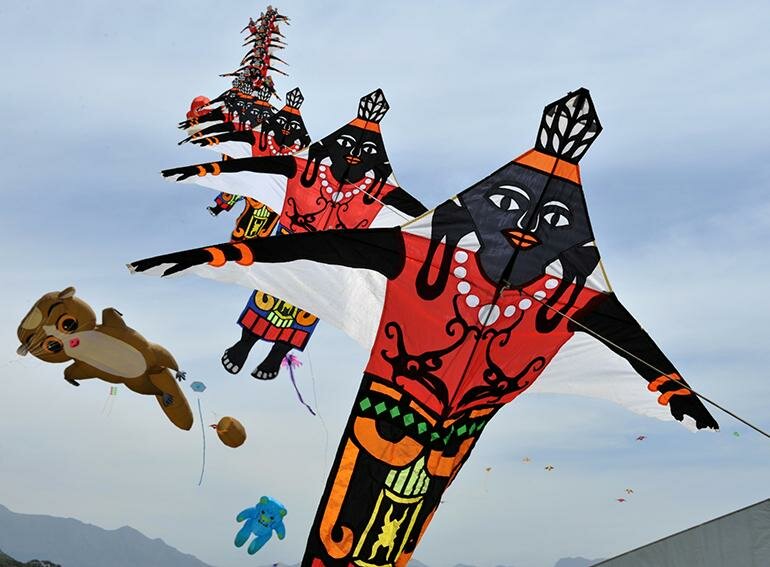 The classic Rev design was developed in the late 1980s in San Diego, California, by mechanical engineer and kiter Joe Hadzicki. He said it was only when he decided to approach the kite from an airplane-control perspective, rather than a kite perspective, that he finally developed a working model that surpassed his wildest dreams! “Far beyond our main goal of being able to back down and land, this new revolutionary kite was capable of instantaneous stopping, reverse flight in any direction, full speed control in both forward and reverse flight, and propeller-like spins!”

Best of all, with a Rev, the kiter can learn to perform impressive manoeuvres without spending excessive amounts of time training, a major reason why they soon caught on and spread around the world. Today, there are a large number of ‘Rev pilots’, particularly in the USA, Europe, and Asia.

Steven Leonard, from Durban, is one of the most enthusiastic Revolution kiters in South Africa. He describes them as the kite equivalent of a remote-controlled helicopter.For him, the beauty of Revs is that they are excellent for flying solo and also work brilliantly in a team. “If you’ve ever seen air shows where planes fly in formation, then imagine that with kites and that’s exactly what Revs can do,” says Leonard.

Revs are very accessible. Because it’s relatively simple to fly them and little or no power is needed, they are a great option for children or people with physical limitations. They are also easy to set-up and pack away, can fly in a wider range of conditions than any other kites, and need very little maintenance.

According to David Sampson of Hi-Fly Kites, there are a number of active Rev pilots in South Africa. “Most local kiters prefer to fly a range of kite types rather than specialising in just one. Stunt and power kites are probably the most popular kites here,” he says.

Ashley Ware-Lane, kiting advisor to the Cape Town International Kite Festival, is a typical South African kiter. He owns a Rev, enjoys some stunt kiting, but he and his wife Mari have recently become more interested in creating inflatable single-line kites - look out for their latest ‘big kite’ at this year’s Cape Town International Kite Festival on 2 and 3 November.

Steven Leonard became interested in Revs a few years ago when he became bored with power kiting, “I spent too many weekends waiting for the wind to speed up and decided to get a Rev out of desperation.” He taught himself how to fly the kite, using videos on YouTube and advice from fellow kiters. “It didn’t take me long to get hooked, even though I initially had the set-up completely wrong.” Now, four years later, he finds himself well skilled, knowledgeable, and connecting with fellow Revolution pilots around the world. He has twice been to the USA to perform in team and indoor solo demonstrations.

The best and fastest way to learn how to fly a Rev kite is to spend time with someone who already knows how.

There are also some great resources online:
www.learnkites.com has tutorials on how to fly a Rev. Some are free and more ‘serious’ enthusiasts can subscribe to a paying section. The videos were created by John Barresi, one of the most successful
sport-kite competitors in the USA. He is also the current President of the American Kite Fliers Association.

www.revkites.com/forum has a platform where you can put questions to the rest of the Rev kiting community. “As simple as a Rev is, it can seem daunting or overwhelming to begin with. The Rev community loves to share and help out, so make use of that to resolve any questions or issues you encounter,” says Leonard. 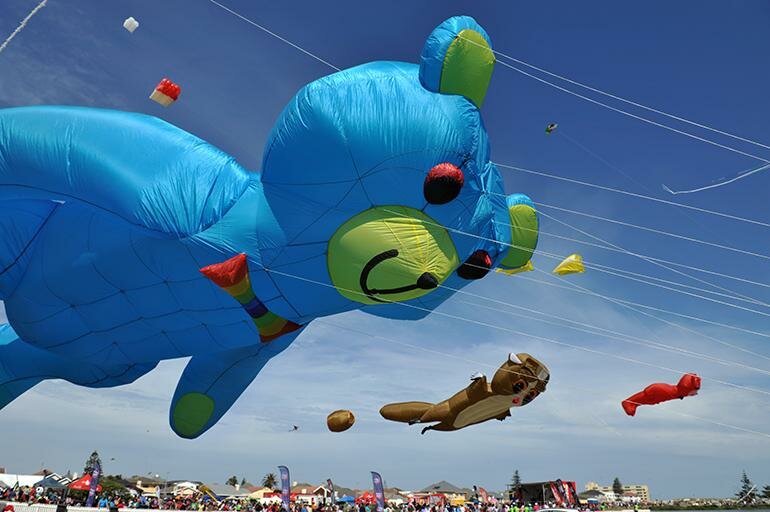 Because Rev kites can fly in almost all wind conditions, you can fly them just about anywhere - on the beach, in the street, on a field or park, and even indoors.

A relatively new team on the scene is AeroShark, started by Steven Leonard and fellow kiter John Erasmus, who are both keen to expose more people to the joys of Rev kiting. They have appeared at various events in KwaZulu-Natal and will be flying in formation at Africa’s biggest kite festival, the Cape Town International Kite Festival. “With more people coming up to us in disbelief and asking us about it, I am hopeful that we can grow the numbers,” says Leonard.

Leonard’s also passionate about helping the festival’s beneficiary, Cape Mental Health. “The more fun and entertainment I can provide the better. Flying for your own enjoyment is great; flying for the enjoyment of others and a good cause is just fantastic.”

“Our chosen theme is ‘New Horizons - 100 Years and Beyond’ to reflect our solid commitment to continuing to provide the very best mental health care that funding allows. As we head into our second century of work, we are driven by a mission to reach those where services do not exist, to challenge discriminatory practices, and make mental health a reality for all,” said Ingrid Daniels, Director of the award-winning not-for-profit organisation.

It will be the first time in recent years that Team Rev Kiting will feature at the festival. There will also be kite-makers and kite flyers from around the world present, including Karl and Sara Longbottom from the UK, a team from Kenya, Asghar Belimand Ghouri Mohammed Hussainfrom India, and David and Susan Gomberg of Gomberg Kite Productions, USA - possibly the most widely travelled kite flyers in the world. Festival goers can expect to see amazing single-line kite creations, as well as exciting stunt kiting and Rokakkau kite battles.

Local kite-makers are invited to enter the Heritage Kite Award and children can participate in the Edu-Kite Competition.

The festival happens on (and above) the lawns surrounding Zandvlei, Muizenberg (corner Axminster and The Row). Open from 10:00 a.m. to 18:00 p.m. daily, the event offers lots of parking and easy access by train (False Bay or Muizenberg Stations). Entry is just R20 for adults and R10 (for children between 2 and 12 years).

For more information on the Cape Town International Kite Festival, visit www.capementalhealth.co.za, , or get regular updates on Facebook www.facebook.com/CTKiteFest and Twitter @CTKiteFest.

In South Africa, Rev kites can be purchased from Windsong Kites, www.windsongkites.co.za. The price ranges between R2,000 and R4,500.

For more information on the creators of Rev kites, visit www.revkites.com 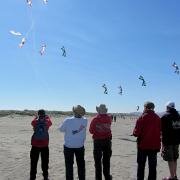 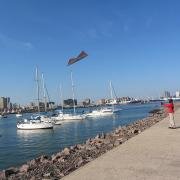 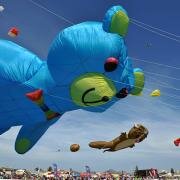 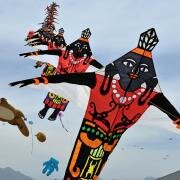 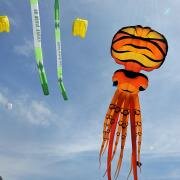 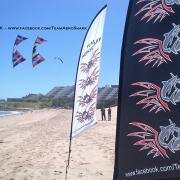