Wind Sports
Click here for more on:
Red Bull King of the Air

The world’s kiteboarding elite and spectators alike gathered at Cape Town’s Big Bay where Kevin Langeree kited his heart out to take the title of Red Bull King of the Air 2014. 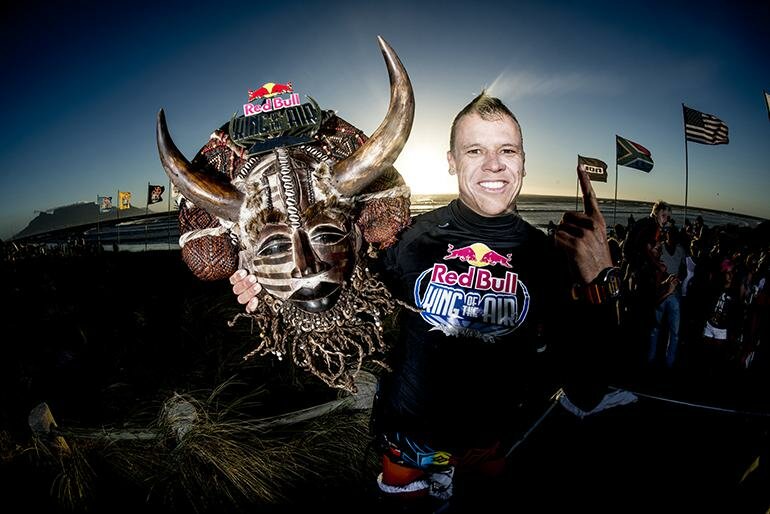 For the second year in a row Cape Town’s Big Bay played host to 24 of the world’s best kiteboarders as they went head-to-head in a unique ‘flag out’ competition format. It all came down to the final in which Dutchman Kevin Langeree managed to edge out his compatriots Ruben Lenten (second) and Steven Akkersdijk (third) to become Red Bull King of the Air 2014 champion in front of a 12 000-strong crowd.

“The conditions picked up during the day and I couldn’t have hoped for anything better! The final was definitely tough and everyone of us was so close to winning. I definitely had my best heat of the day in the final. This is the third Red Bull King of the Air I’ve competed in and was a title I that I didn’t have yet so I was hungry for it. I’m so stoked!”

An innovative tool available to the judges was Xensr technology. The application measures the height, speed, airtime, gravity loading, location and the 3D motion of athlete with all data captured at 400 times a second and is accurate to within 3mm, as soon as they land a jump. All jump data is immediately relayed to judges and live stream. Frenchman Tom Herbert recorded the highest jump of the day – a lofty 25.04m.

Head judge Alex Vliege was pleased about how the event played out in the end: “What an epic day! We had the best riders in the world here today with Cape Town and mother nature delivering great conditions. We finally got what we were waiting for. Kevin was completely deserving of the title – he did the same moves as the others plus more, with variation and went higher than the others.“

Blouberg local Andries Fourie was the highest placed South African in 4th place and landed the second highest jump of the day of 23.37m.