Pietermaritzburg – Many of South Africa’s top mountain biking stars including Olympian Philip Buys and national champion Rourke Croeser will be hoping to overcome the physical effects of the ABSA Cape Epic in time for the approaching HC category cross country event that takes place at the Pietermaritzburg MTB Festival at Cascades MTB Park on Saturday 4 April. 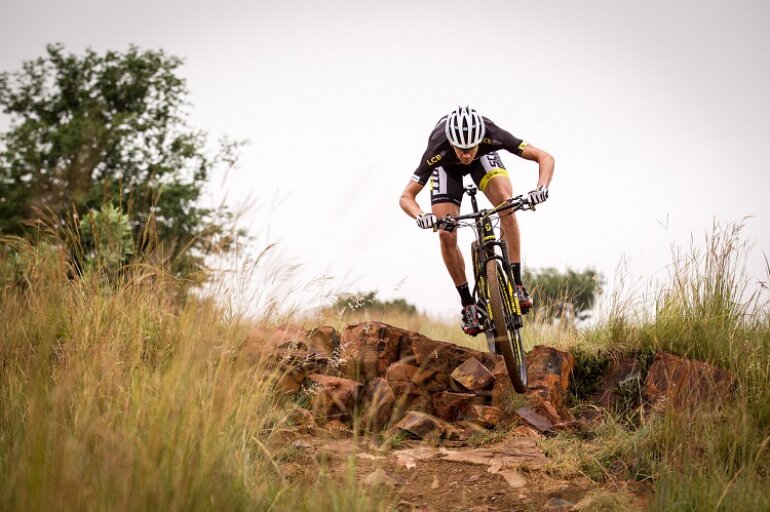 The elite men’s cross country tussle is set to be one of the three-day programme’s major highlights as the likes of Buys, Croeser, James Reid, Brendon Davids, Matthys Beukes, Gert Heynes, Arno du Toit, Travis Walker and Alan Hatherly, amongst others, go head to head at the busy festival of mountain biking over the Easter weekend.

As the 2015 UCI MTB World Cup season looms large and the all-important 2016 Rio de Janeiro Olympic Games draw nearer, riders worldwide are desperately trying to cement and improve their world rankings and the HC category clash’s UCI points offering is an attractive one for all.

Scott Factory Racing powered by LCB’s Buys started his season well with victory at the opening leg of the STIHL SA Cup Series in Port Elizabeth a few weeks ago before he and team mate Beukes clinched the Cape Epic’s African title.

“Matthys and I were very pleased with our stage win and African title at the Epic and with everyone looking to bring in as many points as they can at the moment ahead of the Olympics next year the points we took away from Epic were huge,” explains Buys.

“There are also UCI points up for grabs at the second round of the SA Cup Series in Pretoria this weekend. With this being just a week after Epic though, I’m not sure how the legs will be just yet and so we’re not putting too much pressure on ourselves for that.

“The Pietermaritzburg MTB Festival is however two weeks after Epic so hopefully the legs will be a little stronger by then and we’ll be able to give the HC race a good go and try claim as many points as possible!” he adds.

After finishing just a second behind Buys in Port Elizabeth a few weeks ago, Kargo Pro MTB’s Davids will be eager to continue his good run of form in the Olympic discipline’s approaching assignments.

Davids heads into the PMB encounter with the unexpected advantage of being far fresher than his rivals after the injury to his Kargo Pro MTB team mate Emile Lindgren curtailed the pair’s Cape Epic charge after just the opening stage.

“The HC race of the Pietermaritzburg MTB Festival is a great opportunity for us local riders, especially me personally as I love racing at Cascades!” explains Davids.

“I grew up riding those forests and I have achieved some of my best results there such as African Champs, World Champs, etc.”

“I’ll definitely be looking for a big result there!”

Full Dynamix duo Croeser and Travis Walker enjoyed three days in the Cape Epic’s African leaders jersey and will take confidence from that ahead of this weekend’s national and next weekend’s PMB MTB Festival outings.

“Full Dynamix will be in Pietermaritzburg in full force!” confirms Croeser.

“I think a few top fives at the Epic showed everyone what Travis (Walker) and I are about and we both have come away from there really confident.

“If we can rest correctly then I definitely think we’ll be competitive in Maritzburg.

“I also don’t think ‘Epic legs’ will be as much of as issue as before because there were no slow days during Epic this year; guys were going full gas throughout!”

National marathon champion Reid (RECM) is another not to have tackled the Cape Epic as he currently spends some time racing the US Cup circuit.

A fourth at the opening leg at Bonelli Park, California a few weeks ago should give him good confidence and he will undoubtedly be hoping to notch up some invaluable points in Maritzburg should he be in the country for the encounter.

While the local aces size up one another, a strong international contingent – now lead by a determined Danish contingent after Lindgren’s withdrawal – will also be eager to give Buys and co. a stiff challenge around Cascades’ trails.

The 2015 Pietermaritzburg MTB Festival takes place at Cascades MTB Park from 3-5 April. More information on the Pietermaritzburg Mountain Bike Festival and the event’s full programme can be found at http://www.cyclingsa.com/2015-pmb-mtb-festival