Goals and believing the impossible

“You can catch him,” I told myself when ninth-position Ben Brimble came into sight on the floating bridge that was close to the finish line of the Otter African Trail Run, presented by Salomon and GU, and the toughest 42 km trail in Africa. I gave it my final surge and was already closing the gap in my mind. I had been battling it out against some of the toughest athletes in the world, conquering mountains, rivers, ocean tides, rocks and 42km of splendid African trail for 4 hours and 42 minutes. 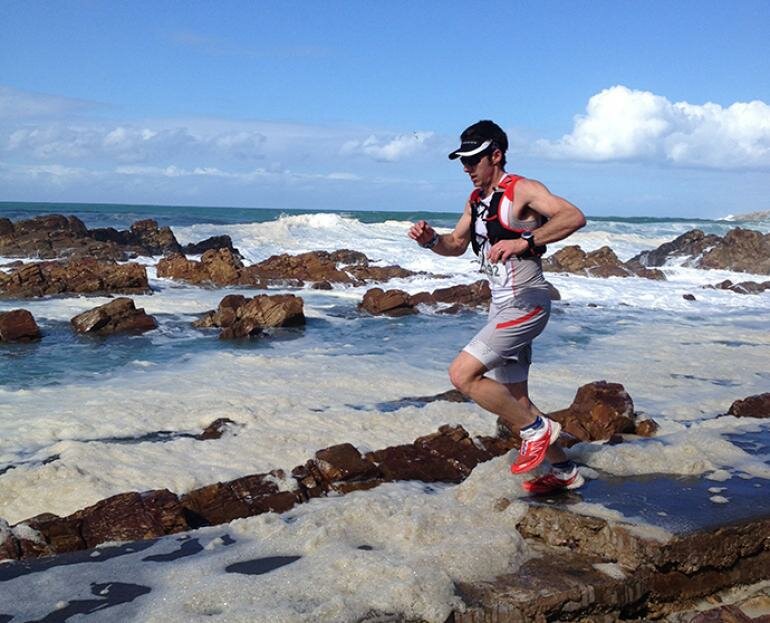 I am Christiaan Greyling, an Industrial Engineer, ERP Project Manager, who is used to deadlines, projects and goals. I tend to over analyze, under train and always find a reason to over indulge before a race. But, I take a lot of time to plan, weeks and even months in advance, and I just love it when a plan comes together. My passion for trail running and fascination with the Otter trail run started back in 2011, when my then-fiancé Landie and I had just returned from a *trail packing trip on the Appalachian Trail, where we ran 120 km in three days. We fell in love with trail running and my ultimate goal was to run the Otter in 5 hours. In September2011, I ran my first Otter in 5 hours and 26 minutes. A year later I returned with my goal set on exactly the 5-hour mark. I had a great race, but just came short in 5 hours and 4 minutes.

So 2013 was the year to realise my goal, but I lifted the goal post and aimed well below the sub-5 mark. It took weeks of planning, analyzing the GPS tracks of SA Champion Nic de Beer and training with my wife, top-athlete Landie Greyling. Everything went according to plan and I believed that I could achieve this goal. That was until two weeks before the race when I smacked my knee against a rock whilst jumping over it on a trail. This could have ended my running career according to my Google research, but thankfully, with grace, it only resulted in three weeks of recovery, of which two were prior to the Otter. In the X-ray waiting room, I suddenly realised that my three-year goal of a sub 5 was hanging on a shoe string, so I tried to keep that idea out of my mind. A quick WhatsApp conversation with AJ Calitz gave me new hope and he suggested rest, belief, and to push through the pain.

The following section is written as a result of the experience I gained in this event and how I apply it to my life, sport and work because the principle is the same. If you have a goal, you will consciously and sub-consciously work towards it, but only if you have a goal!

Your life on Earth is temporary, so what you do with it is your own decision. When you look back in 10 or 20 years from now, will you have regrets or will you lift a glass and say, “Cheers”? This is a decision you can make now! Some things in life happen outside of our control, but your focus in life should be on what you can control and whether you are doing something about it. It can be anything: to become debt free, retire at the age of 40, buy a house on the beach, quit smoking, graduate, break a record, run a marathon, or lose 10 kg. Regardless of how long or short your list is, the point is it's time to start acting, and here are some tips on how to.

Step 1: Get off the couch

The most important step to take is the step of taking action. Newton’s law of energy states that for every action there is a reaction. But if you take no action, the result is no reaction. So what are you still doing on the couch? Talk is cheap, but money buys the whisky. It is so easy to talk about your goals, but have you ever written them down, proclaimed them and taken any action? If you don't have a 10- or 20-year plan in life, you will join the club of 95% of people who also don't. And guess what? You will probably still be sitting there, on that couch, in 10 years time. If you have no goal, the chances are good that you will not achieve much. Set your own goals, not someone else’s goal. Set a goal for something you have an interest in or are talented at. If your goal is to lose weight, put a quantifiable figure to it. When you look around, you will always find someone better, leaner, and smarter than you and as a result, you won't be content with your own performance. I came tenth in this year's Otter run, but I am content because I achieved what I have worked for; a sub 5.

Once you have a goal in mind, you need to see yourself at the finish line of the marathon or sipping a cocktail at your paid-off beach house. In Mark 9:23, Jesus said that all things are possible to him who can believe!

I find this the most difficult step of them all; to proclaim your goal in public or to yourself. When my sponsor Salomon asked me what my goal was for the 2013 Otter, I took a bold leap and said 4 hours 40 minutes, knowing that the course record of 4h40 is held by Ryan Sandes, a formidable and world-renowned endurance athlete.

Step 4: Prepare for it

Now that your goal is set, there is no turning back. You have to do whatever it takes to get to that point. List your sub goals, for example, what you need to achieve halfway through the journey to reach your end goal.

It will not always be smooth sailing on the way to your goal. Knee breakers will happen, but the important thing is how you deal with them, which will lead to success in the end. The first thing not to do is too stress and give up. Stress does not allow you to find a way to succeed, only to give up. My knee was indeed a setback on my path to success, but there is always a positive to anything in life. My body was able to recover and rebuild muscle after an intense training programme prior to the accident and I was still able to run in the swimming pool, thus finding a way around the issue. 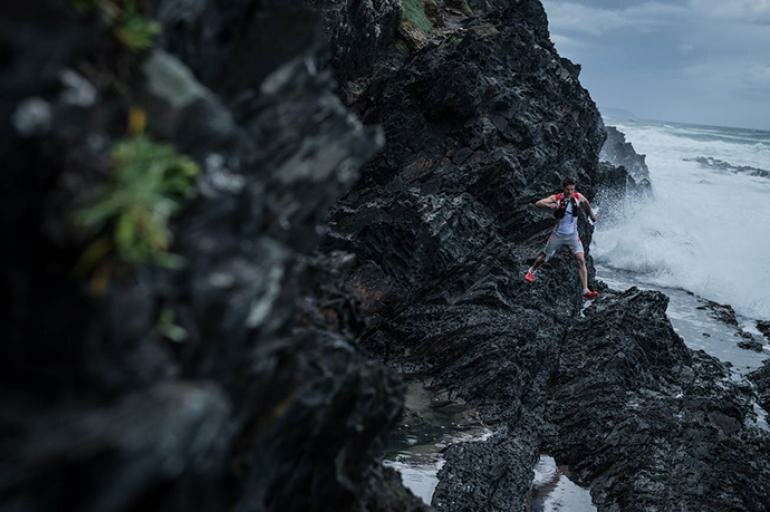 Any goal or project has a 'race' section! All preparation should have been done prior to this section. The past three years of training and dreaming about that time was over and it was now time to go and do it! At the word 'go', I set off at a pace that I had planned for this race and regardless of all the other athletes, I raced my own race. I managed to reach the waterfall in second position and didn’t think much about it, except that the others maybe started too slow J. My time was exactly as planned, so I kept going at my own pace, finishing in 4 hours 42 minutes. Every project has a similar 'race' section, and as soon as you reach this section without the proper preparation, your plan will fail. And when you reach this point well prepared, you have to push through even if your colleagues might think it will not succeed or you doubt the plan at some point.

Now it is time for self reward! Acknowledge your achievement, celebrate and set the next one! Jacob 4:13 - I am capable of anything through Christ who gives me power!

Stakeholders in my ultimate goal

A special thanks goes to my sponsors Salomon SA for the ultimate trail running gear; Guts2Glory for the race entry; Jacques Breitenbach, my chiropractor, for his successful efforts in keeping my body aligned; and my parents and in-laws for being at the finish line of many events and all the support leading up to those events. A special thanks also goes to my wife Landie, who is my idol, motivator and mentor in the sport of trail running; and coach Jacques Janse van Rensburg, the best coach in South Africa. It was a privilege to stay with the Salomon team, who are incredible and such humble athletes! Well done to Landie, who believed the impossible and finished under 5 hours!

* Trail packing: A term used for multiple-day, unsupported trail running where you carry all your requirements in a small pack. 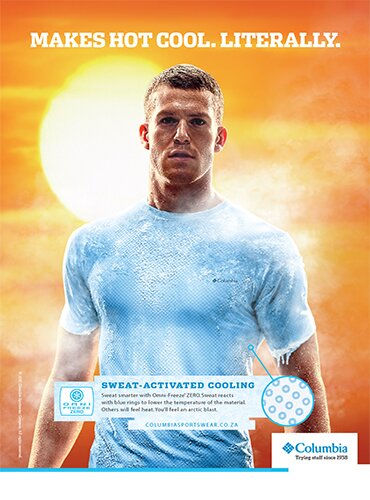