Cradock – Former Under-23 Marathon World Champ Andy Birkett feels his new focus on marathon racing will help him to be competitive at this year's Hansa Fish River Canoe Marathon that takes place in Cradock on Friday 10 and Saturday 11 October. 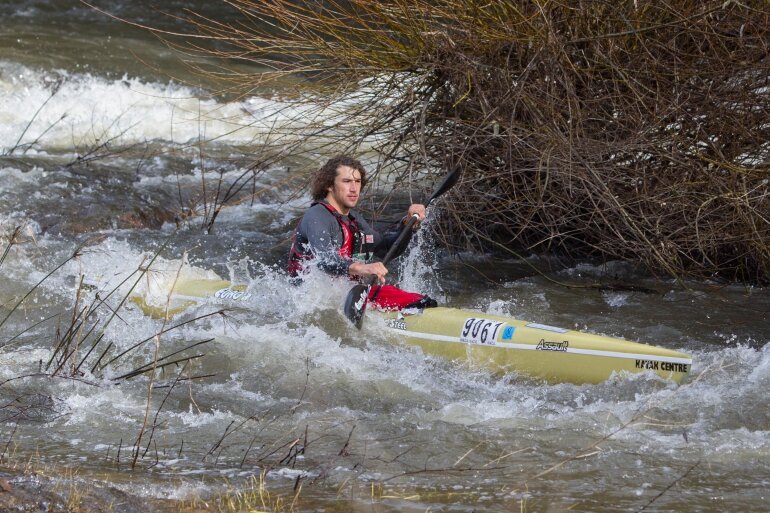 It wasn’t long ago that the 23 year-old talent had many sceptical as to just how far he would go with his unconventional paddling technique while others carelessly labelled him as a ‘Dusi specialist’ due to his immense portaging ability which has contributed towards him securing four Dusi Canoe Marathon titles already.

The EuroSteel athlete blew those theories out the water last year when he clinched the U23 flatwater crown in Copenhagen, Denmark though before adding a maiden Berg River Canoe Marathon to his rapidly growing list of achievements in July this year. The Hansa Fish is the next logical target for Birkett, albeit it a goal he may not have set himself for this year’s clash. “The Hansa Fish is a race I haven’t ever really done well in previously, I think my best result there has been an eighth,” said Birkett.

“I’ve never been in the mix at Fish before so it would be cool to be up there this year. It would be pretty unchartered waters for me though! ” he added in his typically casual manner. The young star’s philosophy on his previous Fish struggles is a simple one however something he believes may have already been taken care of indirectly through his recent change in focus in the KZN off-season. “I’ve always struggled a bit at Fish because I’ve never really been much of a winter paddler!” he explained. “Up until last year I’d never really paddled much then, I’d always gone hiking or racing multisport instead. So when it came to Fish, my paddling was always pretty weak. “With me having started racing marathon last year though, I think that has improved now.”

The celebration of Birkett’s golden Marathon World Champs debut last year came to a rather abrupt halt when his 2013 Hansa Fish K2 podium hopes with partner Cam Schoeman were dashed by World Champs travel-induced illness. Having recently landed back in South Africa after this year’s Worlds in the US, Birkett is however feeling in good health and is confident things will be different this time around. “The Fish is such a lekker race and it’s great to catch up with everyone, hopefully this time I won’t be sick,” he chuckled.

“It always takes a day or two when you get home to bounce back but provided you do your best to stay healthy, I don’t think the traveling takes too much out of you and I’m sure the two weeks between Worlds and Fish this year will also help. The young competitor is disappointed that ‘Fisher King’ Len Jenkins won’t be on the start line this year but believe it will be a tough encounter nonetheless. “I think Hank (McGregor) and Greg (Louw) I’m sure will be up there, Grant (van der Walt) has been training quite hard, Brandon (van der Walt) is going quite nicely too and lance (Kime) is always really good tactically. I’m sure there will be a couple more guys in the mix as well. “It’s sad that Len won’t be there but I think it will still be a good, competitive race!”

The Hansa Fish River Canoe marathon takes place on Friday 10 and Saturday 11 October 2014. More information can be found at www.fishmarathon.org.za