An announcement from the organisers of The Cycle Fest sums up this new event on the South African cycling calendar, “The Cycle Fest is a fusion of everything cycling, an opportunity for cyclists, teams, brands and basically everyone and everything cycling to get together at the beginning of the year and celebrate cycling and the season that lies ahead." 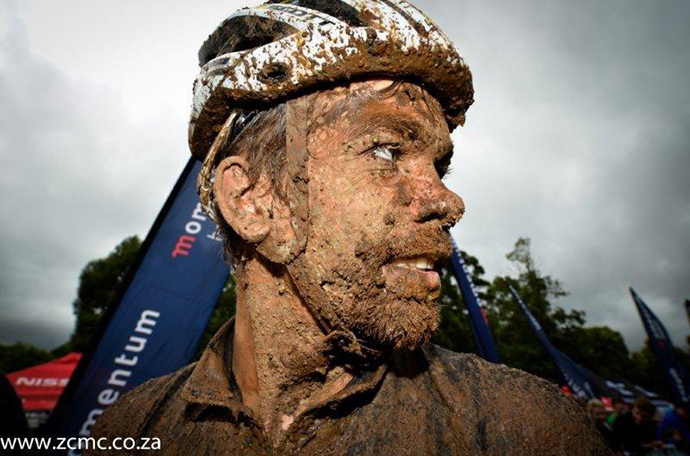 Two of South Africa’s leading events and sports marketing companies, Max Cluer Sports Marketing and Advendurance, joined forces with KZN Mountain Biking to present The Cycle Fest. The dream and vision is to build it into South Africa’s most influential and biggest cycling extravaganza.

Charles Roberts, Chairman of the KZN MTB Commission, commented post event, “The Cycle Fest started as a concept to kick-start the year, a sort of festival with a number of fun events for riders and one really serious UCI Cross-country right in the middle. The emphasis was on having fun and it was important that riders could participate at the level at which they felt comfortable - especially as this was so soon after the Christmas holiday.

“When KZN MTB appointed Max Cluer Sports Marketing (who partnered with Fritz Pienaar of Advendurance) to handle sponsorships, event organising and marketing, the concept grew into The Cycle Fest, which will now be a regular annual feature to start the year. There was something for everyone at the three-day event and it was gratifying to see all of South Africa’s top cross-country riders turn up for the Burry Stander Memorial XCO, which was a Category 1 race with R55 000 prize money and excellent points for those participating in international competition this year. All in all, the event was a huge success and attracted a lot of interest from just about everyone in cycling. With so many different types of events, including Cross-country, Enduro, Hill Climb, Pump Track and Team Relay, and vendors and sponsors, it was a proper festival and the perfect start to the 2013 mountain biking year.”

Philip Buys (Scott) paid a fitting tribute to Burry Stander in the way he won the UCI-sanctioned Cross-country Category 1 race. After thirty-six hours of non-stop rain, the Cascades course was turned into a treacherous mud bath. Stander usually excelled in such conditions. Like Stander, Buys did not allow himself to be intimidated by the muddy conditions and gave an almost faultless performance of what cross-country racing should be about. He won the Burry Stander Memorial Race in a time of 01:50:18. Max Knox (Specialized) surprised by finishing second, merely 62 seconds adrift. It was only the second time during the past three years that the South African Marathon Champion has competed in a cross-country race. Rourke Croeser (Kargo / Orange Monkey) was third, 4 minutes and 23 seconds behind Buys. Pietermaritzburg-based teammates Brendon Davids (Team Jeep) and Travis Walker claimed fourth and fifth respectively, and gained some valuable UCI points for the new season.

Buys said after the race, “It was really special to win a race in which Burry’s memory was honoured. I owed it to him to ride aggressively. During the past three years I have been privileged to be involved in some tough skirmishes with Burry. This taught me that the only way to excel in cross-country racing is to go out hard and not allow yourself to be intimidated by the conditions, because there is nothing you can do about it. The other reason why I decided to make the racing hard from the start was because I wanted to intimidate my rivals. They should realise that it will take some doing to beat me in one of the local cross-country events.”

Feedback from the riders has been encouraging, despite the far-from-ideal conditions. Gert Heyns (Contego), who placed sixth in the UCI XCO Elite Men’s race, had this to say in his blog, “Having a XC race so early in the year was very strange for me as the international season only really starts in the month of May. It was a nice opportunity to get some UCI points early in the year and it’s always good getting an opportunity to compare yourself against your rivals. Going to KZN is always an adventure for me because it feels like going to another country. It really is a strange place. Strange weather and interesting people. We knew from the start that it would be more of a Mud Fest than a Cycle Fest. The track at Cascades was different from the Cascades I am used to, with rawer single track and also less manicured. I enjoyed riding it. Although there weren’t any real obstacles it was a fun track to ride. I know the track and was excited to see what I am capable of early in the season. It was also good to race at the venue of this year’s World Championships.”

Mariske Strauss (Contego) won the Women’s Cross-country and Marathon races. “After not really getting any good results last year, it was important for me to win again. I wanted to prove to myself that I still have what it takes to win a race,” Strauss said. Strauss, who will be studying BSc Sports Science at the University of Stellenbosch, said that her main focus for this season will be on cross-country racing. “It will be the last year that I will be racing as an U23 rider and I would like to achieve a good result at the World Championship, especially because it will be held in Pietermaritzburg.” Strauss’s winning time in the cross-country race was 1:43:53. Rising Pietermaritzburg star, Ashleigh Moffatt (BMC), was second and Samantha Sanders (Valencia) in third.

Greg Minnaar, UCI Downhill World Champion, was the other hero of The Cycle Fest. He won the 40 km Marathon, the Eliminator (XCE) and Gravity Enduro (GE). 'Fun' was the word Minnaar used to describe his various races. “I was in the lucky position that there was no real pressure on me to perform, so I could enjoy myself. But it still felt good to win.” According to Minnaar, The Cycle Fest has the makings to become one of the main events on the South African racing calendar. In the end it was Fritz Pienaar in second and Gert Heyns third in the XCE. A small handicap in the Women’s race saw Jessica Alcock take the win ahead of Mariska Strauss in second and Siska van der Bijl in third. Local downhill talent Tiaan Odendaal placed second in the GE, with rising cross-country racer Alan Hatherly in third. Veteran rider Natalie Bergstrom claimed the Women’s title in the GE ahead of Kathryn Fourie in second and Dana Gleeson third.

All African and SA Junior Cross-country Champion Patrick Belton took the honours in the short but technically testing 100 m Hill Climb ahead of young Julian Jessop in second and Francois Theron in third. Tiffany Keep was the first woman.
A first for mountain biking was the Young Guns Stage Race. Stage racing in South Africa has grown in popularity over the last decade to the point now where there is a stage race every other weekend in some corner of the country. For this reason, the organisers of The Cycle Fest decided to introduce the youngsters to the rigours of racing three consecutive days. With nearly 20 team entries, it was clear that there is a demand for this category.

Tiaan Odendaal took the win in the 20” Bike category, Andrew Martin won the 26” Bike category and Tim Bentley won the prize for the Best Trick.

Race Director Max Cluer concluded that, “This is the first year of The Cycle Fest and our vision is to grow it into the must-do event on the SA cycling calendar. An event where the New Year gets kicked-off with a bang and all people, brands, athletes, teams and vendors within the cycling fraternity in SA can get together and connect before the rush and madness of the year ahead starts. We are really looking forward to the 2014 event and would like to thank Momentum Health and all our partners and suppliers for making this year possible. Also a big thank you to KZN Mountain Biking and their brilliant crew, and to the very professional team from Advendurance.”

“Our thanks go to Max, Fritz and everyone else that made the event possible and, of course, we look forward to growing this into our own South African 'Sea Otter' in the years to come,” says Charles Roberts.