Kinetic Gear Series #4: Through the Lens

Using your legs for trail running, your whole body for mountain biking, your arms for kayaking, your team skills for the obstacle course, and your mind for orienteering, the fourth adventure race of the Kinetic Gear Series continuously tested your strength and mental state.

Held at Emmerentia, in Johannesburg, on Sunday, 23 June 2013, the team formats consisted of male pairs, female pairs, mixed pairs, and school pairs. The race consisted of 25% trail/road running, 65% on/off road cycling, 10% paddling, and an obstacle course, all of which challenged the physical and mental capacity and teamwork of the participants. Basic navigation skills were important, as participants raced on an unmarked route from start to finish, and getting lost was not an option if you wanted to be in contention for the fantastic prizes to be awarded to the teams first on the log in each category, after the five races in the 25 km Kinetic Adventure Race Series. 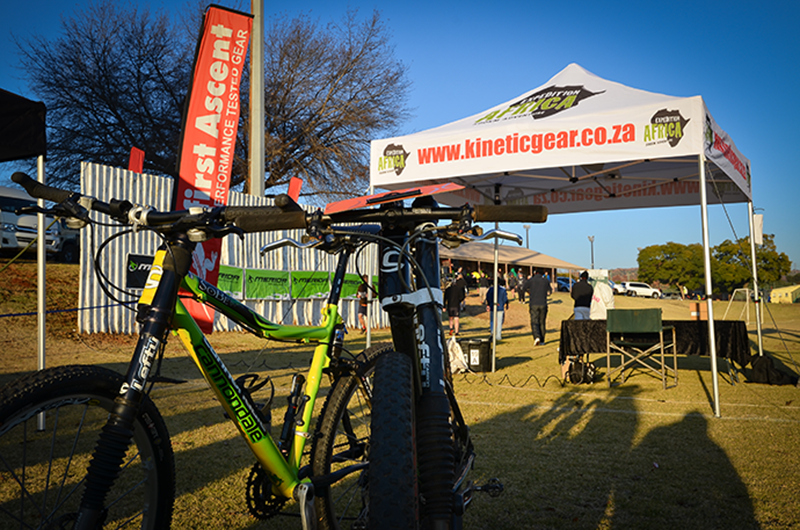 Arriving early at Emmerentia on Sunday, the 109 teams competing were required to register themselves and then received a pack containing the rules, instructions, a punch, and bibs, as well as goodies from various brands. 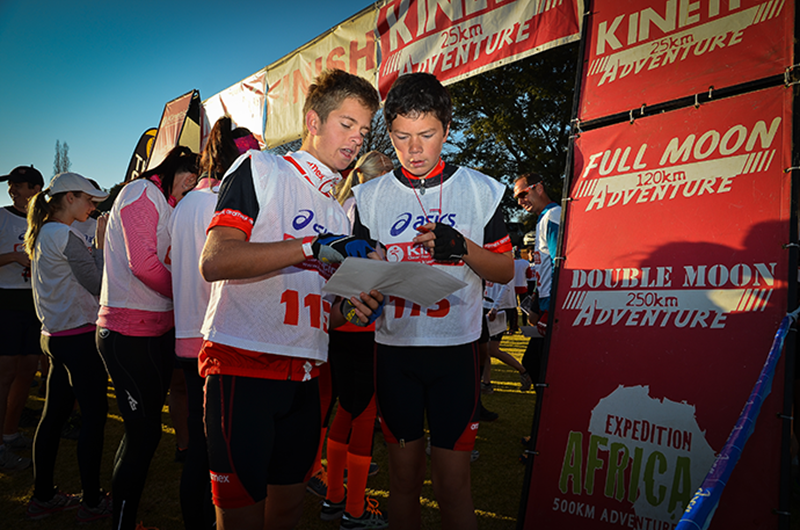 Once the teams had been briefed, they received a map for the first leg of the race, the 4 km trail run. After discussing the route, teams raced to various checkpoints set up along the route, where they had to punch the letter displayed onto their checkpoint list. Some teams got lost during the trail run because instead of following the maps they received at the start of the race, they followed other teams. This stage was quite difficult on the ankles and knees because there were a lot of loose rocks on the track, so you needed to keep focused to remain sure footed. The track also had various inclines that looked tiring, but this didn't stop the teams from giving it their all. 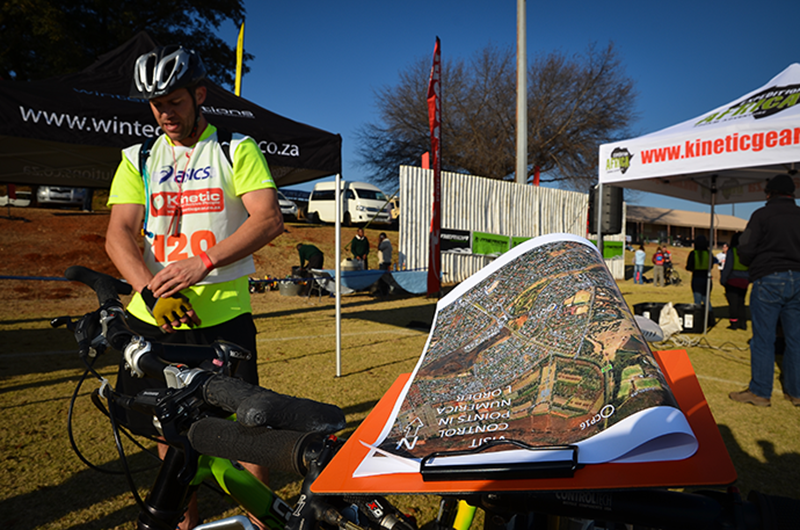 Before the start of the race, participants had to put their bikes, helmets, and anything else they would need to complete the race, into the transition zone. The reason for this was that each stage finished at this point and participants could then move onto the next stage, which in this case was the mountain biking stage. This stage included a varied range of single track, steep hills, gravel roads, and sealed roads. 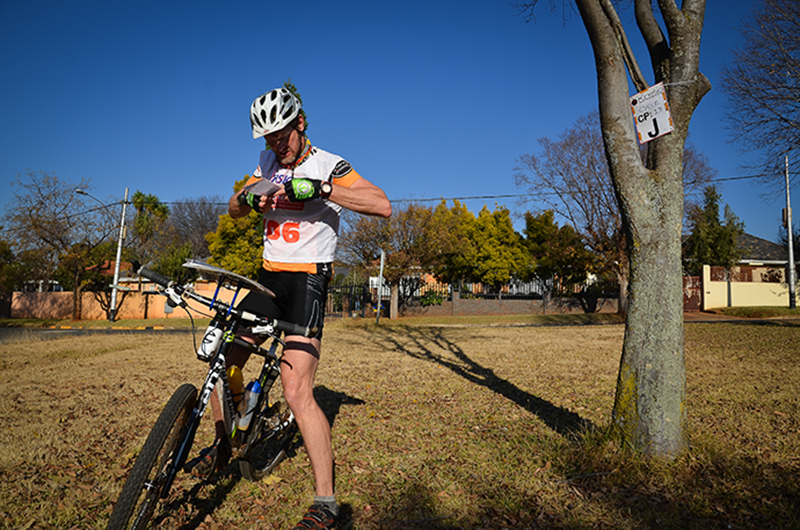 Every team was given a checkpoint list, which listed all the checkpoints, a clue, and four random letters of the alphabet. Of the four letters displayed at each checkpoint, only one was correct one. Only once the teams had punched in the correct letter, could they move on to the next checkpoint. This photograph shows a participant punching the letter 'J' on his checkpoint list during the mountain biking stage of the race. 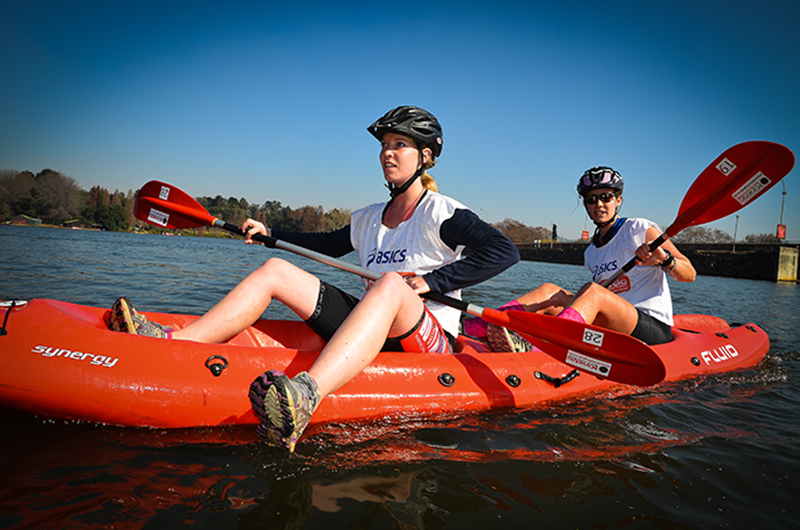 Once participants had completed the second part of the run from the mountain bike transition zone to the dam, they were given another map for the kayaking stage, which showed where the two checkpoints were on the dam. Many of the participants struggled here because the wind had picked up and created a strong current that teams had to paddle against. Pictured here is Team 'Shirts and Giggles' paddling back to shore after retrieving the two checkpoint letters and having completed the 2 km loop around the dam. 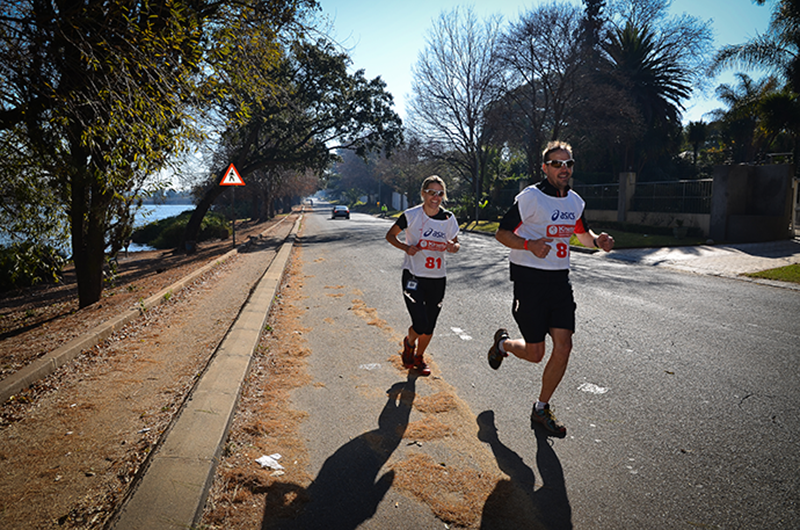 Once the paddling stage had been completed, some of the teams had to use their remaining energy to sprint to the obstacles course, which was just before the finish line, in the hope of making up some of the time that had been lost during the kayaking stage. Roughly 100 m from the dam, the route to the obstacle course became a difficult incline and tested the participant's endurance. 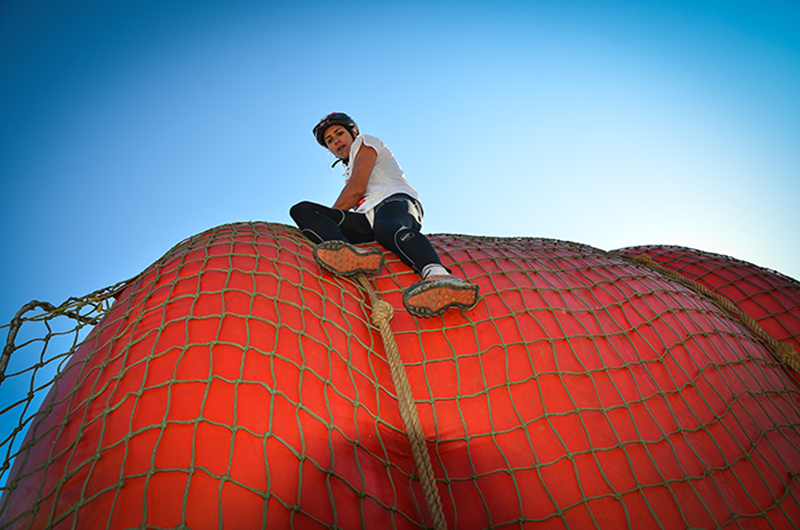 Many of the participants struggled to get over this obstacle because it was very unstable with everyone trying to get up and over as quickly as possible. And when the other participants started pulling on the net from the other side, it became very difficult to get a good grip on the net with your shoes. Being tired after kayaking for 2 km against the tide also didn't help.

All participants were required to wear helmets at some of the obstacles, such as this one, to avoid any head injuries in case someone fell or slipped down the obstacle. 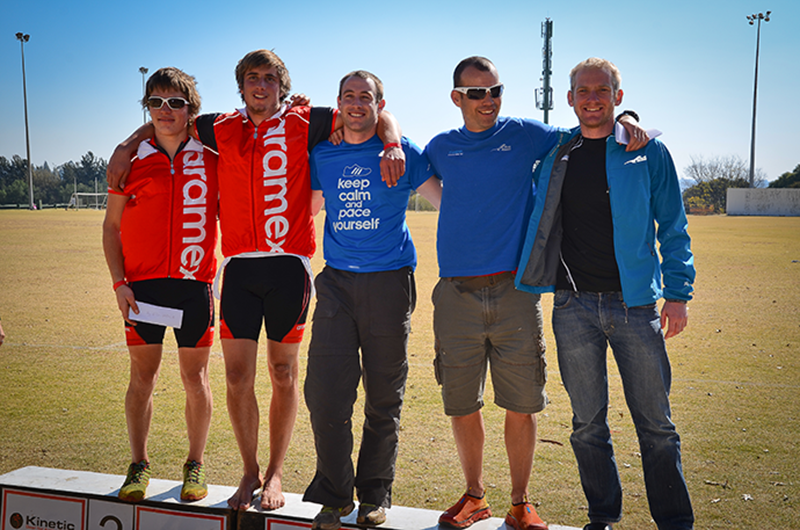 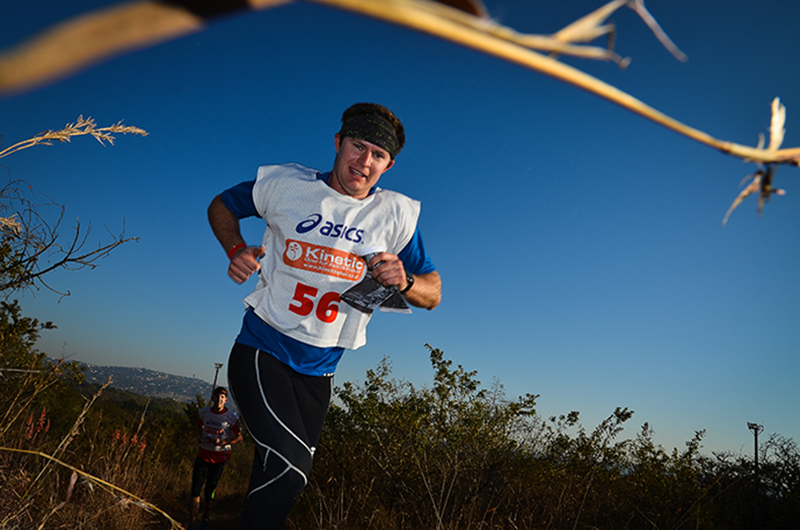