Around the World on Public Transport

My journey around the world on public transport started many months ago and my goal to complete five continents between the last two Olympic Games (Beijing 2008 and London 2012) was almost complete, with just Africa, Asia and the European continent left to conquer. Crossing Africa, my home continent, was something I was really looking forward to, and this leg would end in the Mother city, Cape Town. From there I would travel to Asia and Eastern Europe, where the mystery of what is happening behind the iron curtain was the motivation to include this continent in my adventure and leave it for last. 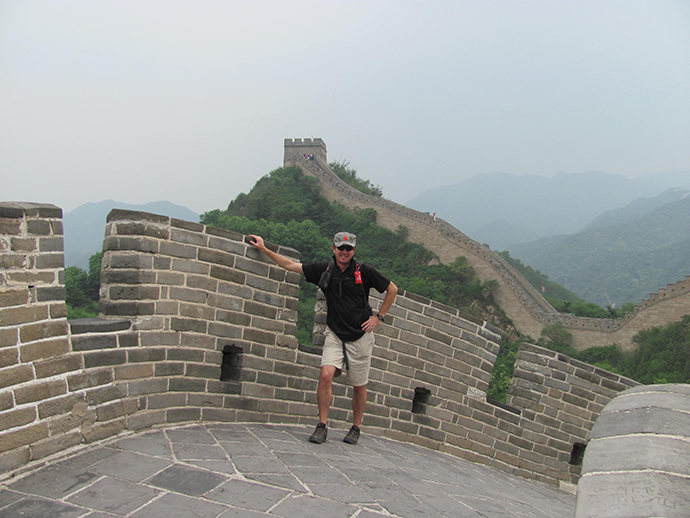 After a 16-hour flight via Dubai, I arrived in Africa; a very special part of the adventure because it is my native continent. I kicked off the journey in the antique city of Alexandria, also known as the 'pearl of the Mediterranean', before taking a local train to the capital, Cairo, with the majestic Pyramids of Giza on its outskirts. From there, I travelled by train and then switched to the age-old felucca (sailboat) to cruise down the Nile to the Valley of the Kings and Queens. Located on the west bank at Luxor, this is one of the most important archaeological sites in the world.

A ferry trip across Lake Nasser took me to Sudan, where I followed the Nile to Khartoum, the clearly visible meeting place of the Blue and White Niles. The African minibus was the most common means of transport from there on as I ventured east towards the Ethiopian Highlands and Gondar, referred to by Lonely Planet as the ‘Camelot of Africa’, with its beautiful castles and cobble stone streets.

My journey on the dramatic Blue Nile started at Bahir Dar, on the banks of Lake Tana, and meandered all the way to the capital, Addis Ababa. After a few days of rest, I set off down the Great Rift Valley, admiring its colourful tribes and changing landscapes before reaching Nairobi, where I spent a very peaceful Christmas. Boarding the Lunatic Express train, I eventually came to the old trading port of Mombasa. This city is actually an island boasting beautiful, old Islamic buildings and fantastic food. Dar es Salaam was my next stop on the coast and while waiting for the TAZARA train, I used the time to take a ferry trip to the picturesque island of Zanzibar. Whilst there, I saw out the old year from the roof top of a historical African house with views second to none, and explored the Spice Island’s amazing white beaches and Stone Town's vibrant open-air markets.

The TAZARA railway line was built by the Chinese in the early ‘70s and connects Zambia’s copper belt to the Indian Ocean. This makes for a wonderful way to travel this part of the world and after a two-and-a-half-day journey, covering 2,000 km, I arrived in Kapiri Mposhi, 150 km from Lusaka. Taking an overnight bus to Livingstone, I was consumed by the incredible beauty of the Victoria Falls. The Vic-Falls Express train transported me to Bulawayo, where I switched to a bus destined for Beit Bridge, and this is where I had an emotional crossing, by foot, over the Limpopo and into my native land. A third-class sitter train took me to Johannesburg, where I managed to talk my way onto the Trans Karoo train, a classical trip that would take me to Cape Town. It had been 40 days and eight hours since leaving Alexandria.

With two months to go before the London Olympics, I flew into Beijing for the final leg of my adventure. While I was waiting for my Mongolian visa to be processed, I took the high speed train to the coast to collect water from the Yellow Sea, which gets its name from the sand particles from Gobi Desert storms that turn the surface of the water golden yellow. I would also have the opportunity to visit all the famous landmarks from the Great Wall to the Forbidden City, so I was full of excitement when the train eventually departed from Beijing Railway Station.

The first part of the 10,000 km rail track to Moscow passes the Great Wall and mountains before flattening out to a landscape that becomes dryer the closer you get to the Mongolian border. I spent most of the time in the dining car, in the abundant and interesting company of fellow travellers. At the border, the whole train was hoisted into the air so that its undercarriage could be replaced with a new one to fit the different gauge of the rails from there to the Baltic Sea.

Next up was Ulaanbaatar, not the most beautiful of places but as Jacky Verhoeven (a Dutch traveller who I met on the train) and I left the city behind on cheap, rented Chinese motorbikes, the true character of this fascinating country started to reveal itself.

Riding through the vast and dramatic landscapes, we came into contact with some friendly and welcoming nomads, who still live in their traditional gurs. I was offered horse milk, a horrible yet fascinating experience, and tried to keep it down so that I didn’t upset my very generous hosts.

Entering Russia on a Trans Siberian train, I spent my first night in Irkutsk, which is close to Lake Baikal and the world’s biggest fresh water lake. Beautiful wooden houses, a trademark of this part of the world, dominated the cities and towns as we made our way west. The stations were of particular interest because all sorts of food and Vodka could be found there and were on offer to the weary traveller. For the Russian part of my trip, I switched to the Platskartny wagon, third class, which is almost like a dormitory, and tried to blend in with the natives. More than 50 hours after leaving Irkutsk I finally arrived in Yekaterinburg, the last city on the Asian side of the Ural Mountains. This infamous city is where Gary Powers, the spy, was shot down in his U2 spy plane and derailed the Summit between the two superpowers in the 1960s. It is also where the Last Tsar and his family were murdered. They too had come to this city as passengers on the Trans-Sib train ... a rather sobering thought.

Since the ‘rules’ of this adventure dictated that all continents must be crossed from side to side, it was therefore justifiable to cross eastern Europe from the Ural Mountains, where the Asian continent ends and the European continent begins, to the Baltic Sea.

Moscow, my first stopover on the Trans-Sib line, was fantastic and I eagerly headed out to visit the Red Square, next to the Kremlin, and the very famous St. Basil's Cathedral. It was interesting to see how far this country has moved away from being the bastion for communism to what it is now; one of the most ‘flashy’ cities in the world, with sleek Muscovites driving expensive cars.

The overnight train to St. Petersburg was a wonderful ending to an amazing journey. The city is not just blessed with a number of canals and bridges, but with some of the finest architecture in Europe. The Hermitage, for example, is one of the largest and oldest museums in the world. It was founded in 1764 by Catherine the Great and has been open to the public since 1852. Its collections, of which only a small part is on permanent display, comprise nearly three million items, including the largest collection of paintings in the world. This famous landmark, with its immense wealth, is perhaps the crown jewel of this vast country. Now all that was left for me to do was to find my way to the Baltic shore and pour out the water I had brought all the way from the Yellow Sea in China, 10,000 km from here - a symbolic gesture to mark the end of my trip.

And so my adventure through five continents and 43 countries, which spanned 53,000 km and took 326 days to complete using 21 different modes of public transport, came to an end with just two weeks to spare before the start of the London Olympics. It had been truly epic!