As we celebrated Mandela Day on 18 July to honour the late former President Nelson Mandela and the 67 years that he spent striving to make the world a better place, it is evident to see how many sports and events he has influenced during and after his life. Team MTN-Qhubeka gave a momentous push in Madiba’s honour to successfully win a stage at the Tour de France on Mandela Day. It is only fitting that we remember legends from the past who were not recognised for their sporting achievements during the apartheid regime. 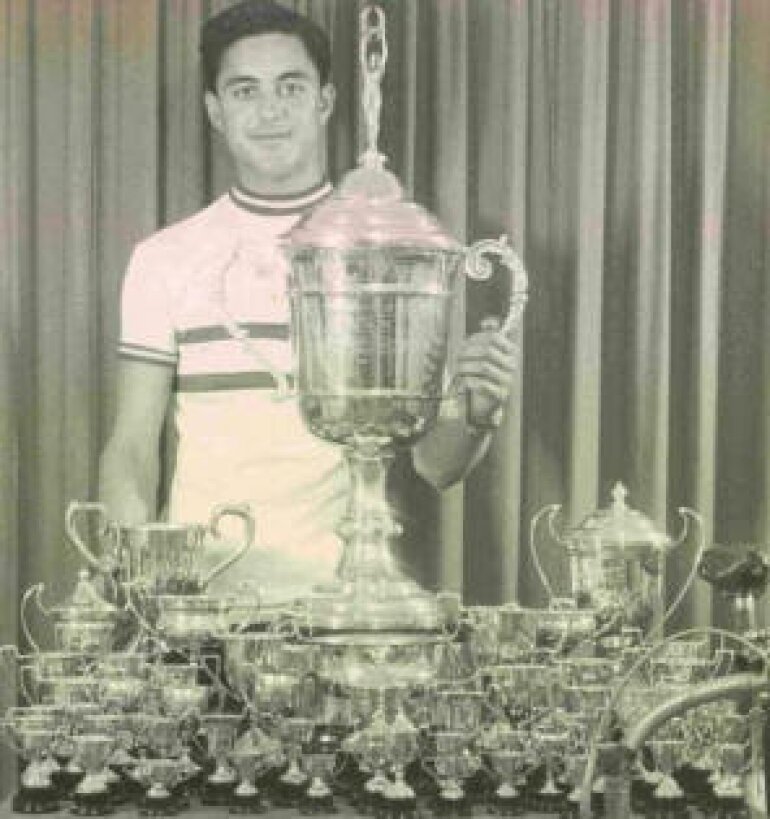 Every community in life is made up of those who are older, but not necessarily leaders, and a younger generation. Seldom do we stop for a moment to acknowledge our leaders and those who were Youth themselves back in the day, and who have over time and through some difficult and unique experiences, are no longer necessarily exposed to our youth.

These leaders have cultivated a path, have set the standards and have patiently fought for equality on behalf of today’s youths.

This is no different in the Cycling SA community and what we would like to be doing is to recognise and to credit a number of athletes and administrators who for years were excluded due to the apartheid era regulations from cycling against white cyclists in various disciplines, specifically road and track.

As with most other sports in the country at the time, it made it impossible for them to gauge their ability as true heroes, true national icons and athletes. One of these leaders of today, who in his youth and prime was a champion in both road and track events happens to be our President, William Newman.

“There were a lot of riders before me who set some very high standards,” said Cycling SA President William Newman. “So many of them were worthy of representing our country on the world stage. Here I think of Champion cyclists Willie, Claude and Reggie Cloete, Naaim de Vos, the Jantjies Brothers, Cupido Green, Ralph Williams, the Bonthuys brothers and Hilmie Conrad to name a few.”

Despite operating in an environment that was not conducive, their strong cycling community maintained a well-functioning organisation with road and track races held every weekend.

The SACOS (South African Council on Sport) Sports Festival was held on the Cape Flats in Cape Town in 1982 during our years of isolation from international sport. It saw lots of participation among the non-racial sporting fraternity in an era where there could be “no normal sport in an abnormal society”. As political activist and author Shereen Pandit writes in her blog*, “few beyond those directly involved – as sportspersons, administrators, coaches and supporters – were aware of it”.

“That's the role that was played to bring about the change,” said Newman. “Many of the youth today don't understand what went into driving this change to where we are today.”

Under the banner of a struggle, both socially and politically, it was those clubs that became extremely cohesive, melting together the efforts and the personalities of the people in those clubs and creating a brotherhood and a sisterhood in many respects of those people within those clubs. It became a family outside of the biological family.

“What stands out for me today is that, even though we didn’t have a track facility easily available to us as we could never cycle on the track at Green Point, some big sacrifices were made and the sincere commitment from a lot of people in a solid community shone through,” continued Newman. “Parents couldn't contribute to the costs, but the strength of the Club structure set us apart and they arranged transport and their time to get the cyclists to the tracks in Port Elizabeth and Worcester so that we could compete and remain competitive.

“We couldn't vote but we wanted change. We used our sport to drive change and made a lot of sacrifices. Our greatest achievement was when democracy dawned and we realised that those sacrifices we had made had paid off.”

The competition was fierce, yet good and clean and the camaraderie between the clubs allowed for the coloured community to establish their own federation, the SA Cycling Board (SACB). The SACB was exceptionally well run and there was respect and honour amongst the riders and the administrators.

Charles Beukes, who established and led the SACB due to the laws of the country that prohibited riders of colour from being involved in the SACF (South African Cycling Federation as it was then known), explains the cycling structure that was present in the 1960s and 70s.

“The various racial groups in South Africa each had their own national cycling body, i.e. the Africans, coloureds and whites. Because of the apartheid policies, which prohibited white/black sports competition, the Africans and coloureds from time to time competed against one another in “national tests” for which the respective teams received national colours. At this time, black and coloured cycling was strong and healthy, and especially Track cycling flourished on the mines.”

The Track cycling events were held regularly from September to April months, with road events picking up from the April to October months.

“We are proud of William and what he has achieved,” continued Beukes. “I first met William when he started cycling as a youngster, and I was a senior administrator then and now he is the highest administrator in the sport today.”

“We had very well structured clubs, and a good mix of clubs, which were all community based,” adds Newman. “There were races held in the suburbs amongst the active communities. The SA Cycling Board was run in a very professional manner with regular meetings, a solid constitution in place, and financial reports were presented. All the basic structures were in place, and this was the same at provincial level and national level. We had strong clubs that were managed in accordance with good corporate governance principles.”

The turning point for the entire nation came in 1990 when Nelson Mandela was released from prison, which set the entire country free. “It made all the sacrifices worth it.” says Newman

Note: Look out for Part 2 of our story where we recognise a few of the role players and past champions from the apartheid era; those people who have contributed immensely to the sport.