Excitement builds in count down to Sanlam Cape Town Marathon

ith just 60 days to go to one of Africa's most prestigious road races, the Sanlam Cape Town Marathon organisers have promised an even more impressive world-class field and a faster course as they target top-flight international status. 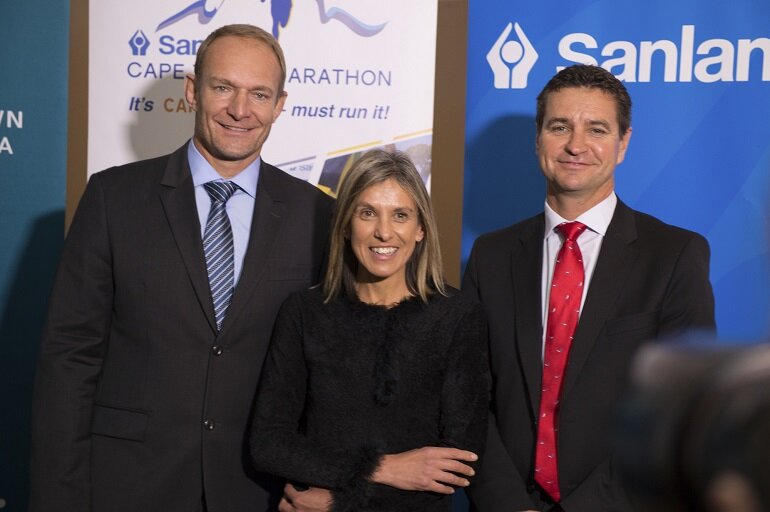 Last year, aiming for IAAF Bronze Label status, the organisers were delighted to become the only marathon on the continent to achieve Silver Label recognition after the first edition of the relaunched event.

Last season's line-up included a host of world-class athletes, led by a quality East African field, as well as some of South Africa's fastest road runners.

While Kibor's and Biru's times were the fastest on SA soil in more than 19 years, an even better field of stars will be invited this year.

By improving the quality of the line-up and ensuring everything is in place to help produce faster times, race ambassador Elana Meyer says they are confident of earning IAAF Gold Label Status.

Meyer says they want to stretch the yardstick by modelling the race off major international city marathons around the globe and make it one of the most acclaimed road running events in the world.

"The vision has always been to make this Africa's greatest marathon, and by taking such a big step in our first year, it has motivated us to aim for Gold. Last year we had a superb field, and this year we are looking to bring out another world-class group of elite runners to challenge our top South Africans."

There will be significant changes to the route this year, after certain parts of the race slowed the elite runners last season.
By making adjustments, the race's executive committee is confident the new, flatter route will be conducive to fast times.

Meyer says: "By ensuring the invited athletes are among the best in the world, and by making the course more suitable for the elite runners chasing records and the amateur participants aiming for personal bests, we are taking further steps to achieve our goal."

The race, which already has a well-established charity drive, is also making strides in other areas. It is one of South Africa's first carbon neutral events, following the purchase of carbon credits traded on a JSE platform, as it paves new ground at the forefront of sustainable running and race organisation in Africa.

Yegs Ramiah, Chief Executive: Sanlam Brand, says she is looking forward to the 2015 event, the second year the race has been under the financial services group’s headline sponsorship.

“In the past our top African runners had to travel the world to compete for gold. Now the competition is coming to us, Africa is our home and the Sanlam Cape Town Marathon is our race. Sanlam takes pride in creating a unique opportunity for international athletes, in particular African athletes, to compete in an IAAF-Label event right here on African soil and what better place to do so than in the picturesque surroundings of the city of Cape Town.”

Ramiah said that the accessibility and inclusivity of running, which mirrors the group’s approach to wealth creation, made the sponsorship extremely special.

“For the 2014 event, we had runners from 53 countries across the world participating. We believe that this year, we will not only attract even more runners from every corner of the globe, but our charity partner line-up will once again offer an exceptional opportunity for both the running community and supporters alike to really make a tangible difference in the lives of others.”

Sanlam Investments’ Chief Executive: Retail, Carl Roothman, who will participate in the race for the second time this year, added: “As headline sponsors, Sanlam is fully behind the campaign to go for the IAAF’s Gold Label Status this year. We have truly embraced the fact that the Sanlam Cape Town Marathon is a must run race for all runners. We will have 700 Wealthsmiths™ (Sanlam staff members) running the race this year as well as other Wealthsmiths and clients rooting for all the runners along the route.”

Entries for the race are filling up fast, having nearly passed last year’s actuals with more than 60 days to go. As the success of last year's event fuels interest from the public who aim to #Challengethemselves and #Challengetheirfriends to participate, entries are expected to reach 7 000 for the marathon.

There are several ways to enter any of the races:
* Electronic Entries – These can be done directly via the Sanlam Cape Town Marathon website (www.sanlamcapetownmarathon.com)
* Manual Entries - Race entry forms are available from the Western Province Athletics office; from most Sportsmans Warehouse stores or can be downloaded from the Sanlam Cape Town Marathon website

With significant improvements being made across the board to showcase the race through the streets of the Mother City, this groundbreaking event, managed through a joint partnership between Western Province Athletics (WPA), ASEM Running and the City of Cape Town, promises to continue growing in size and popularity.

Councillor Garreth Bloor, Mayoral Committee member for Tourism, Events and Economic Development at the City of Cape Town says “The economic spin-offs of large events that attract domestic and international participants hold enormous benefits for the city and its residents. The ripple effects of job creation and the increased visitor spending in the city are a welcome injection into the local economy. As a local government we encourage local runners to participate in this important event on Cape Town’s events calendar.”

Africa is our home, this is our race. It's Cape Town – Must Run it!

The Sanlam Cape Town Marathon delivers a sustainable, charitable event that brings together runners and supporters to experience the exceptional spirit of Africa’s world-class city marathon. To obtain carbon neutrality in 2014, Sanlam purchased carbon credits from Climate Neutral Group, which facilitates carbon credits trade. Three organisations whose work contributes to environmental sustainability benefited from the Sanlam carbon credits purchase. They are Nova for the project Basa Magogo; Natural Balance for Wonderbag; and Ener-gy Systems for the Joburg Landfill Gas to Energy project.