inTERTAINMENT: Rise of the Guardians

Jack Frost, the infamous figure that nips at your nose when it’s cold, is the central figure of Dreamworks‘ Rise of the Guardians. Jack wakes up in lake not knowing who he is or where he came from; all he knows is that his name is Jack Frost. 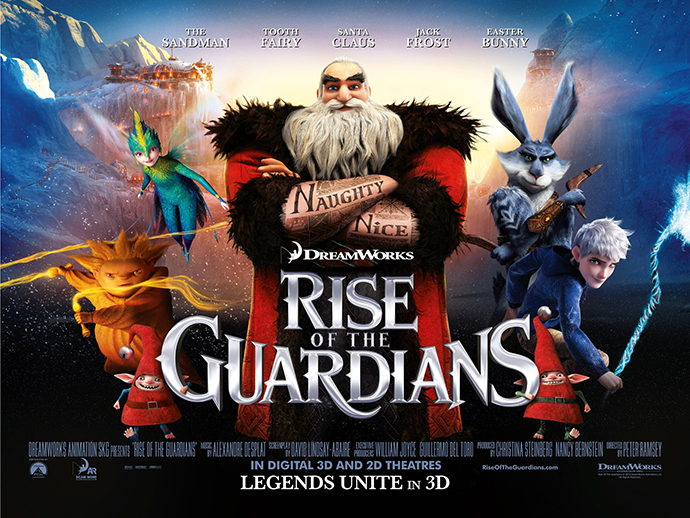 He is a mischievous character that gets into all sorts of trouble, the only problem being that no one can see him, which can be quite lonely. When an ominous character appears, the guardians are all assembled to fight against it and Jack is chosen as the newest guardian. Jack is a reluctant guardian, but receives added incentive when he might be able to get his memories back. (www.fortressofsolitude.co.za)