Wednesday, 03 December, 2014. Wheelchair tennis will take centre stage in the legendary city of Nelson Mandela Bay for an ITF 3 international tournament that is sponsored by Airports Company South Africa and forms part of the UNIQLO wheelchair tennis tour- the Airports Company South Africa EC Open. A strong contingent of South Africans will be looking to make the most of home ground advantage whilst Nico Langmann from Austria, Israelite Andrey Trantz and Russian Polina Shakirova will be lurking in the background to snatch the much needed ranking points from the locals. 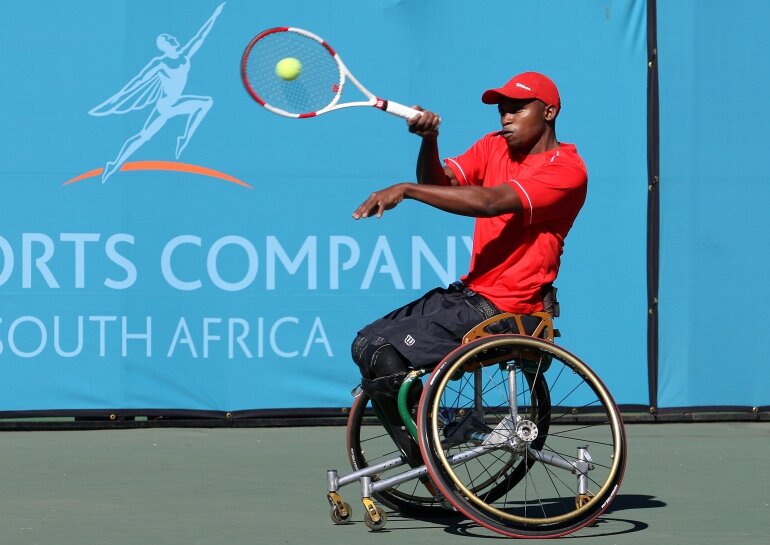 In the men’s draw, top seeded South African Evans Maripa, currently ranked 14th in the world, is set to blaze the trail. He recently returned from the year-end World Doubles Masters where he and doubles partner Shingo Kuneida finished fourth.  Other contenders for the top spot will be fellow South African and second seeded Leon Els, ranked 38th in the world, and the third seeded Austrian, Nico Langmann, ranked 55th in the worl.d Leon has collected all three international Futures level event titles in South Africa during 2014, including victories over Nico Langmann, who is returning for the second bite of the cherry.

Patrick Selepe and Marshall Marsh complete the top 5 in the men’s division and would use their dark horse status to possibly turn tables on their more fancied opponents.  Andrey Trantz from Israel will add the much needed challenge to the mix and could be a thorn in the heels of all top contenders.

Russian Polina Shakirova, with a world ranking of 33, headlines the women’s draw and will be looking to make the best of the South African escapade.  The local lasses will be looking to defend their home turf with 41st ranked Thando Hlatswayo, 42nd ranked Mariska Venter and 44th ranked Rose van der Meer leading the home front offence to subdue the Russian’s intent at upsetting the apple cart.

Hlatswayo, Venter and van der Meer have shared the spoils in the local circuit and with Shakirova not far off the ranking ladder it is bound to be a tightly contested affair.

The quads draw will be a continuation of familiar scenes with 16th ranked Bongani Dlamini playing for a possible hat trick of titles in 2014.  Dlamini will however be wary of the challenge from Danny Mohlamonyane, ranked 43 in the world, who has come close to defeating him on various occasions this year, the closest being dropping three match points against his nemesis at the Airports Company South Africa Pretoria Open recently.

Throwing the spanner to the works will be on the up 55th ranked Queen Nhlapo who will be looking to stake a claim in the category dominated by Dlamini and Mohlamonyane.  In the absence of heralded Lucas Sithole, the trio will look to impress to conclude the year on a high note.

The juniors section will be a tussle between two top players, Sean-Liam de Hilster and Zenani Mncedi both from South Africa.  Ranked 16th and 30th in the juniors’ world ranking the duo are some of the young players that came through the Airports Company South Africa sponsored Community Programmes that includes Weekly Coaching Programmes, Regional Camps, National Camps and Performers Camps.