The popularity of Momentum Health Meg-3 National Duathlons, powered by PeptoPro, has ballooned to roughly 800 athletes entering per event. This is roughly double the number of entries that events in this series drew just a few years ago. Why the strong growth in numbers? Consistently good organisation, great television coverage, and fantastic routes seem to be the main factors for the series’ increasing popularity. 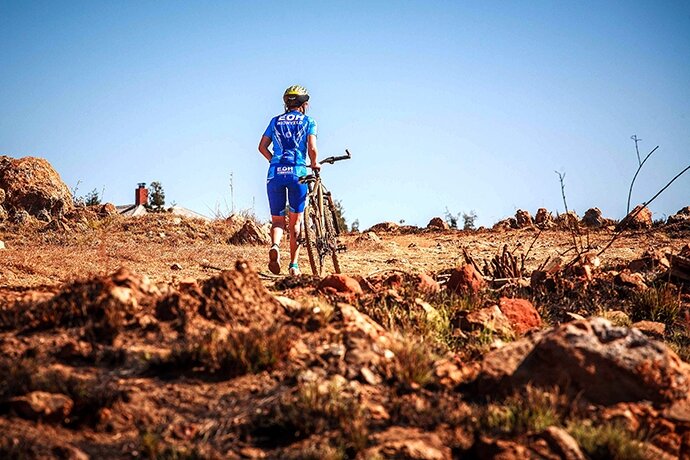 While organisers have been blessed with gorgeous weather on race days, feedback from participants continue to highlight the amazing courses they have been privileged to run and cycle on in 2013. From the picturesque 'Cape Epic style' Lourensford race, to the new courses at the Blue Hills and Cornwall Hill Estates in Gauteng, organisers have certainly managed to present terrain that both challenged and rewarded duathletes in a way that filled them with exuberance and huge expectation for the next event, despite being thoroughly exhausted.

“I fell during the first run, I fell during the mountain bike leg, and I collapsed over the finish line, but I have never had so much fun in an organised event before!” became a fairly standard race report, while the dusty faces sucked at oranges and wiped sweaty streaks over eyebrows and cheeks, where it was not uncommon to also find smudges of chain grease and even a few drops of blood. 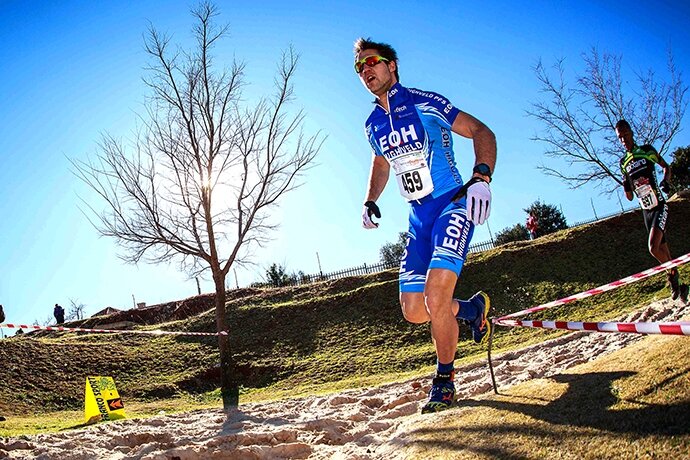 “I entered the Fun event after watching the previous race on SuperSport, just to get a feel for whether it’s something I would enjoy doing,” said a 40-year-old father of two, both of whom also took part in the Kids race. “However, the moment the starter’s gun went off, I forgot that I was a relatively unfit dad who just wanted to spend a Sunday doing something fun with my family, and thought I had become a mix between Usain Bolt and Chris Froome! I might walk a little funny tomorrow, but trust me, I will be back for the next event!”

The majority of participants in the Fun event, however, treat Momentum Health Meg-3 National Duathlons as an opportunity to get some fresh air, catch up with friends, and let their kids have fun in a safe environment. Some parents expend more energy encouraging the youngsters during their race than the budding athletes themselves do, but, once over the finish line, it's all smiles and grubby little hands cling on to medals like they are cast from pure gold.

On the other end of the spectrum, weekend warriors and casual entrants get to start shoulder-to-shoulder with world-class talent like Brand du Plessis and Andrea Steyn. Both these stars seem to have taken a strong hold of the lead in the 2013 Series, but there is a quality list of aspirant challengers blowing on their necks, including the likes of Lise Olivier, Riana Robertson, Ruan Botes, and David Labuschagne. With total prize money of over R300,000 up for grabs in the series, races 5 and 6 are likely to be very hotly contested and should make for fabulous entertainment!

More information on the Momentum Health Meg-3 National Duathlon Series, powered by PeptoPro, can be found on www.duathlon.co.za.