According to World Sports Encyclopedia, more than 8,000 sports exist throughout the world and new entries are added to the list every day. South Africa's database has just been expanded with the introduction of a new sport that has become quite a hit ... or rather more like a throw. Some may know it as Ultimate Frisbee or Frisbee Football, but in South African terms it's known as the Flying Disk League (FDL). 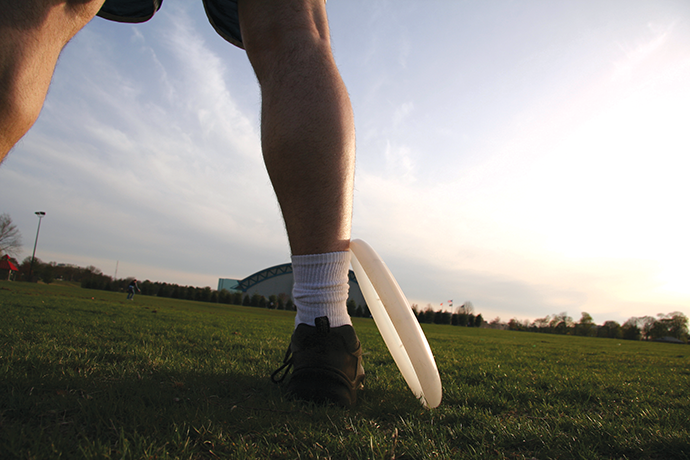 FDL is an exciting, non-contact team sport that mixes the best features of sports such as soccer, basketball, American football and netball into one simple yet fascinating and demanding game played with a frisbee. It is based along the lines of Ultimate, a game that is very successful overseas, except that there's more action in FDL. The basics of Ultimate have also been modified so that men, women and children can play this very accessible, easy to learn and interactive game. And as no special equipment is required to play, the sport is affordable to many.

Since being introduced to South Africa, the sport has attracted around 1,200 Ultimate players countrywide. Currently, there is a club in the Eastern Cape, and the league will be launched in June 2013.

The history of the frisbee, and the games that evolved from it, is a fascinating one, as the original 'frisbee' was nothing more than a tin pie plate from the Frisbie Pie Company located in New Haven, USA. In the early 1920s, students from Yale started playing catch with these pie tins. Then the truck drivers from Frisbie Pie Company began throwing the pie tins to passersby, and it eventually became a major activity introduced to soldiers around the country during WWII.

In 1948, Fred Morrison developed a plastic version of the disc, which he called the Flying Saucer, and then in 1951 he created an improvised version known as the Pluto Platter. The Wham-O Manufacturing Company bought the patent from Morrison in 1955 and renamed it the Frisbee.

The game of Ultimate, derived from Fred Morrison's original product, was invented by Jared Kass and Joel Silver, along with Jonny Hines and Buzzy Hellring, in 1967 at Columbia High School, located in Maplewood, USA. Its collegiate roots can be traced back to the first-ever game played between Rutgers and Princeton in 1972. 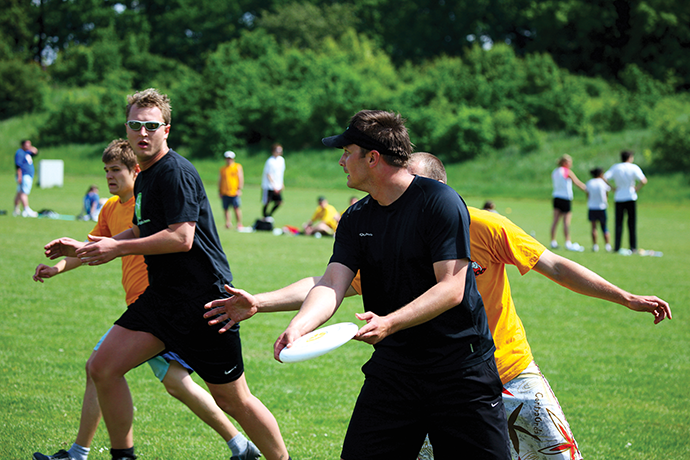 The game is played on a 50 m x 25 m field, which includes a 42m x 25 m open play area, as well as two scoring zones of 3 m x 25 m on either end. A team consists of six players made up of either men, women or mixed players, with anywhere from one up to four substitutes.

The game is based on a 'pass and move' structure that is similar to netball. Players cannot run when in possession of the disc and have five seconds to get the next pass away. There is no tackling and defenders may only block or intercept passes by ‘slapping’ the disc down or attempting to catch it, to gain possession of the disc. As it is a non-contact sport, any contact between players can be considered a foul. The game is played for two 20 minute halves. The objective is to score the most goals, and goals are scored by catching the disc in the scoring zone, similar to a 'touch down'. The team with the highest score is declared the winner.
Fully interactive

Once the league is underway, FDL will host a website where players can see game statistics, including goals, assists and interceptions. The idea is to allow players to monitor their performances and stand a chance of winning prizes sponsored by Saf-fa Energy, FDL's main sponsor. In addition, FDL is looking at adding a channel on YouTube that is dedicated to showcasing all the highlights, skills and events to the players and general public.

In continuing with the charity work Saf-fa Energy does for animal charities in and around the Gauteng region, FDL has committed to donate a percentage of all match fees to various animal charities around Gauteng.

So if you are looking for something new to try out, then why not consider FDL; it's exciting, fun for all and, most importantly, different to the general sports you get in South Africa.

For more information on the sport, finding out if there is a FDL in your area, entering a team or individual and what events are planned in 2013, visit www.facebook.com/flyingdiscleagueSA or Twitter @flyingdisclge