Donaldson Filtration Solutions chief executive officer Rob Simpson will give a new meaning to hands on sponsorship at the Toyota Kalahari Botswana 1000 Desert Race from June 21 to 23. 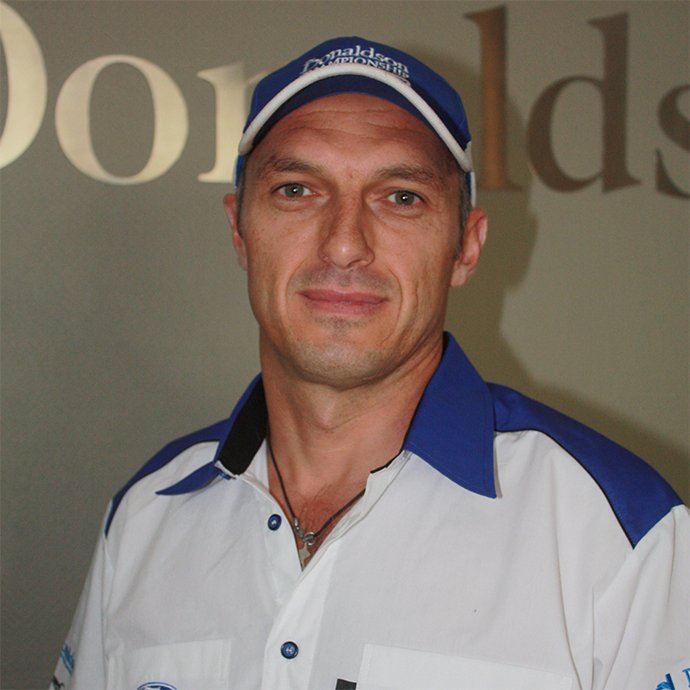 The event is round four of the Donaldson Cross Country Championship and Rob will co-drive for former South African champion Archie Rutherford in the Imperial Automotive Nissan Navara in the Production Vehicle category. The Botswana race is the only marathon event on the Donaldson Cross Country Championship calendar, and over the last two years has taken on added significance as part of the Dakar Challenge.

The Imperial Automotive Nissan Navara competes under the Regent Racing banner, and over the last two seasons Rutherford has been accompanied by a string of South Africa personalities including cricketers Fanie de Villiers and Jonty Rhodes, rugby star Stefan Terblanche, Paralympics swimming legend Natalie du Toit, singer/entertainer Heinz Winckler as well as surfer and model Roxy Louw. Now it is Rob’s turn to get an up front and in your face taste of cross country racing – and he is looking forward to the experience.

“Cross country racing and Donaldson Filtration Solutions were made for each other,” said Simpson. “We have always been a hands-on type of sponsor, and I thought it would be a good idea for me to get a real taste of what this kind of racing is all about.

“Archie is a highly experienced driver and I am looking forward to the experience.”

Regent Racing team principal Terence Marsh said Rob could not have chosen a tougher event to make his race debut.

“It was a brave decision,” said Marsh who is a former professional cricketer and cross country racing national champion. “The Toyota Desert Race is an extremely tough and like no other event on the calendar, but Rob’s decision is indicative of the type of relationship Donaldson Filtration Solutions has with our sport.

“There are few sports where the chief executive of a sponsor can compete at national championship level, and compete with professional sportsmen they sponsor who love their racing and the camaraderie that cross country racing engenders.”

Marsh added the policy of inviting sports and other celebrities to experience cross country racing had been a major success. The celebrities played a role in spreading the cross country message to a wider audience and this had a major spin-off for the sport.

“Cross country racing is also addictive and everyone who has so far sat alongside Archie has pestered us for a second helping,” said Marsh. “Stefan Terblanche has already had another bite at the cherry, and Jonty Rhodes will also make a second appearance later this season.”

Race headquarters, the start/finish and designated service point for this year’s race will again be at Kumakwane on the outskirts of Gaborone. The Qualifying Race on Friday, June 21 to decide start positions will start at 13:00 with racing on the next two days starting at 08:30.