In Africa we have as much rich and diverse beauty as we have challenges and need. 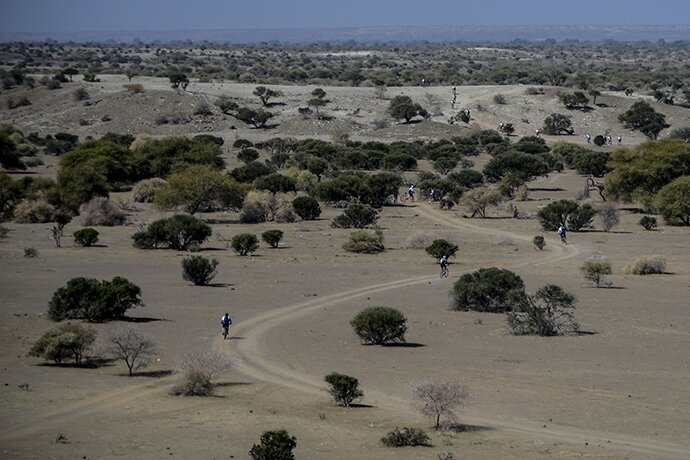 The Nedbank Tour de Tuli, hosted by Children in the Wilderness, is fast becoming an iconic mountain biking event that combines a breathtaking, life-changing experience with the opportunity to empower communities. Over four days, 350 cyclists and 150 support crew will cover nearly 300km of challenging and varied remote African terrain in South Africa, Botswana and Zimbabwe.

Russel Friedman, Nedbank Tour de Tuli participant, one of founders of Wilderness Safaris and Children in the Wilderness board member puts the tour into perspective.  “It’s not a race, this cannot be emphasised enough.  We spend 5 to 6 hours a day in the saddle, traversing pristine wilderness.  The route does not include manicured single tracks; we’ll follow animal tracks through areas that are normally only accessible to elephants and other game, and now mountain bikes.   Many new friendships are created on the tour.  The days are long, and tough, but well worthwhile being able to appreciate the biodiversity of these incredible areas. 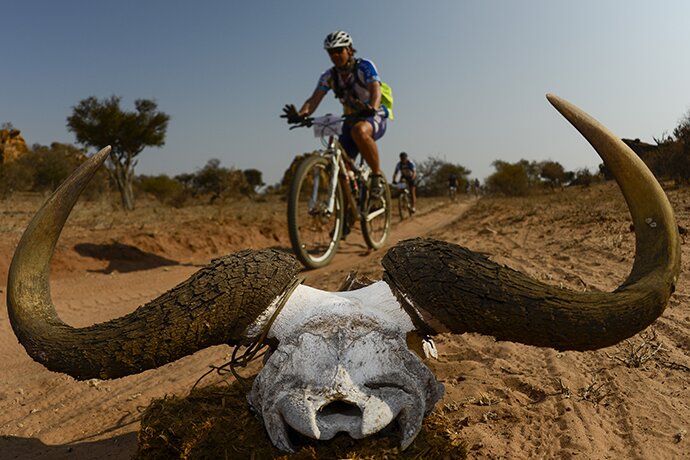 Children in the Wilderness director Rita Bachman highlights the positive impact of the event on local communities and the environment. “The huge media coverage generated by the cycle tour helps create much awareness for the areas through which we travel. Monies raised through the tour help with the sustainability of the Children in the Wilderness programme by hosting more children's camps, Eco-Clubs and hosting quality staff training.”

Day 1 begins in the Limpopo Valley Camp, and ends in the Amphitheatre Bush Camp, in Botswana. Highlights of this 60km route include numerous elephant sightings, possible big cat encounters within the Croton forests, a playground of slick rock and plenty of undulating single track. Elephant warnings and a fantastic descent will take riders into the new site chosen for Camp 2. An ancient and spiritual space awaits.

Day 2 takes riders from the Amphitheatre Bush Camp in Botswana to Maramani Camp in Zimbabwe. This 72km leg, comprising a combination of sublime single track along ancient elephant game trails and wilderness jeep track, will traverse the spectacular wildlife areas of Mashatu and Shalimpo. A unique informal border crossing on the Shashe River will introduce the riders to the ever hospitable rural communities of south-western Zimbabwe.

The day comes to an end at a unique camp alongside the Limpopo River: Maramani Camp which will uplift the weariest of cyclists. 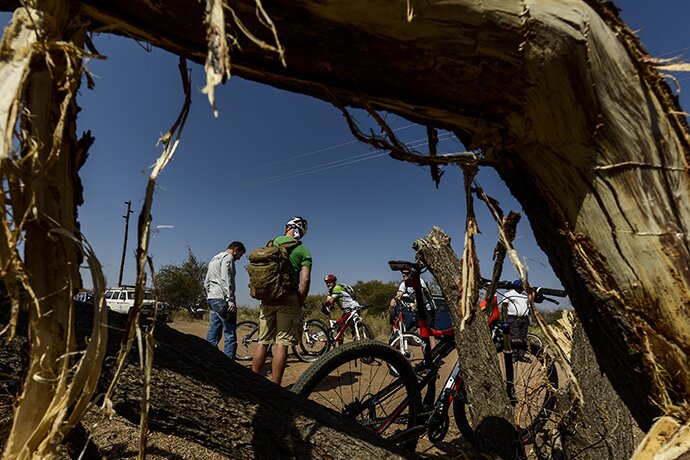 Fast donkey cart roads in the Maramani community begin the 58km day. Organisers have promised that the ride to the new Fly Camp site on Nottingham Estates will be memorable enough to bring participants back over and over again. Situated close to a spectacular sandstone feature, this natural rocky outcrop attracts herds of game which come to feed well into the night. Visible from a vantage point within striking distance to the camp, this gladiator ring teeming with elephant, eland, impala, baboons and many other species of game will necessitate a beer in hand to celebrate the end of the third day in the saddle.

There are two options on Day 4: the long and challenging (but spectacular) 84km route, or a 47km route made up of single and jeep track.

The longer option route is guaranteed to test even the most battle-hardened rider as it packs a hefty punch within the first few kilometres of riding. Bundu-bashing their way back onto what has been hailed as the ultimate single track section of the Zimbabwe leg, the Nedbank Tour De Tuli participants will have little time to recover from the elation of being back on ancient elephant trails and having to keep an eye out for these wandering pachyderms before they are thrust onto the banks of the Mutshlishokwe River and Dam where basking crocs will need to be avoided at all costs.

With parts of the route having been affectionately named the Spine Breaker, Jaw Breaker, The Botanical Garden and Rock Camp, many a war story is bound to be recounted as everyone gathers around the final Mapungubwe Camp fires back in South Africa. The final push in Zimbabwe includes crossing from Nottingham Estates to its equally awe-inspiring western neighbour, Sentinel Ranch.

Flooding of the Limpopo earlier this year has not only had a marked effect on its natural floodplain but swept an additional 17 000 juvenile crocs into this river system when a croc farm upstream was submerged. This will make the re-entry into South Africa and Mapungubwe National Park an interesting water crossing. 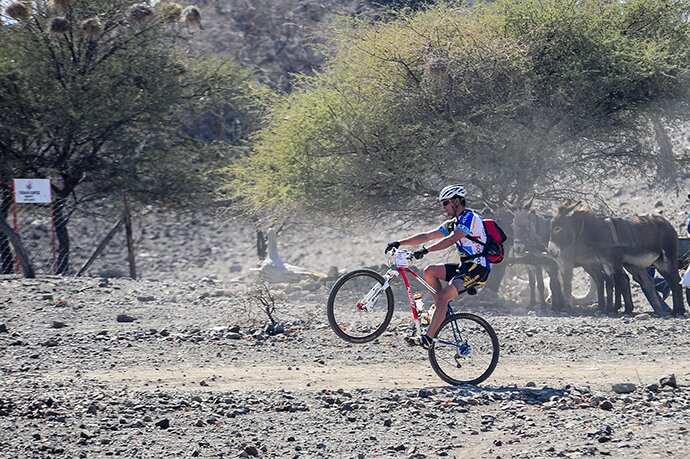 “The route for this year’s Nedbank Tour de Tuli, with its breathtaking fauna and flora, will be both challenging and rewarding for the riders and will go a long way to ensuring that the tour remains one of South Africa’s premier multi-stage mountain biking events,” says Andy Scott, Head of Nedbank Group Sponsorships.