Two of my favourite things in the world are motorbikes and the Wild Coast, a 250 km stretch of virtually unspoiled coastline on the east coast of South Africa. You can imagine my excitement when I was recently afforded the opportunity to combine these two loves and head out on a bike trip with my dad down to Mtentu River Lodge for two nights. 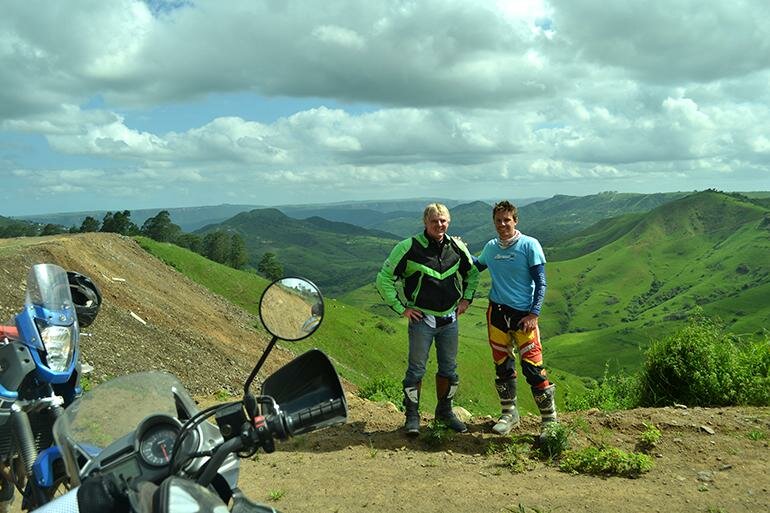 The lodge is situated on the banks of the Mtentu estuary and marks the northern boundary of the Mkambati Nature Reserve. The reserve was once a leper colony, which funnily enough served as a great form of nature conservationism since the area was never fully inhabited by humans and consequently has been kept largely untouched.

Ironically one of the Wild Coast's best assets is its poor roads. I know this doesn’t seem like a feature you’d describe as an ‘asset’, so let me explain. The whole charm of the Wild Coast is its remoteness, which allows you to escape the mass of holidaymakers who seem to take over the coastline during the December holidays. We were reminded of this phenomenon as we made our way along the south coast of KZN. Just outside Port Shepstone, we found ourselves stuck in a traffic jam and could only look on as thousands of people vied for their piece of sandy real estate. The poor roads of the Wild Coast act as a barricade, thus ensuring that only those people willing to endure the sand, pot holes and bumps will get to appreciate this piece of paradise.

As the road got worse, my smile got bigger for two reasons. First, it was fantastic adventure riding conditions, even though Dad may not have agreed as he struggled through the sand taking one or two tumbles along the way. And second, I knew the road's condition would result in only a few like-minded people joining us at the lodge.

Having said this, the road to Mtentu is not all that bad by Wild Coast standards and some friends of mine even managed to get their Toyota Tazz there on their honeymoon, although it did put their marriage at risk for a little while. If you not on a bike, it’s advisable to take a vehicle with good ground clearance, a 4x4 or, at the very least, diff lock is recommended in wet conditions. Alternatively, you could always leave your vehicle at the Wild Coast Sun, near Port Edward, and opt for one of the less conventional ways of getting to the lodge by means of horseback, cycling or hiking - all an adventure of their own.

As we approached the final few kilometres to the lodge we were greeted by a magnificent sunset and were both very thankful that there was only a short distance to go because the chances were good that had we ridden the road in the dark, we may never have got there!

On arrival at the lodge we were blown away by the incredible scenery, with stunning views over the ocean, estuary and reserve. We needed a couple of minutes for the reality to set in that this was going to be our home for the next couple of days. We received another surprise when we were told that some people had cancelled their booking at the last minute and were offered the dormitory room in lieu of camping. As much as I love to camp, the thought of a soft mattress after nine hours of riding was far more appealing.

On the accommodation front, Mtentu offers six rustic but comfortable cabins that each sleep four people, as well as one dormitory style room that sleeps eight people. Ablutions are communal and it didn’t take us long to make use of one of the best features of the lodge, solar-powered showers that offer the occupant the most breathtaking views of the Indian Ocean.

The lodge has a fantastic laid-back atmosphere to it and it won’t take you long to unwind and really feel at home. We spent the evening chilling around the fire having a few drinks in the boma entertainment area. 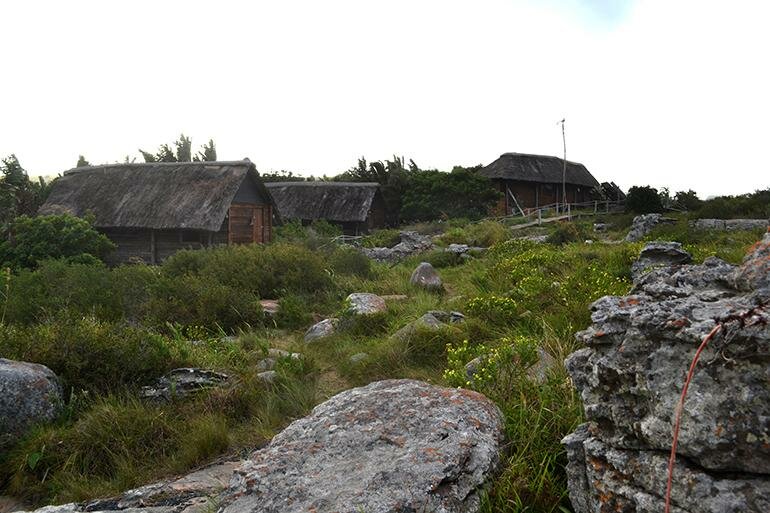 The real curse of Mtentu is there's just way too much to do! It is the perfect setting to relax in and read a book, but that really doesn’t seem like an option when there is so much to explore. You would need months to discover all that is on offer and sadly we only had one day. With a strong northeaster blowing, the decision was pretty much made for us. So we left the untouched beaches for another day and headed up the estuary to explore a couple of the beautiful waterfalls.
The paddle up river is an adventure in itself, with tall cliffs flanking both sides of river to give you an ominous feeling as you head further into the wild. After a few kilometres we ditched the canoe and made our way up one of the many forest-enclosed tributaries on foot in search of the Swallow Tail Falls.

The hike up to the falls requires a lot of boulder hopping, swimming and climbing, but all this hard work was soon forgotten once we gazed upon the splendour of the waterfall. A large pool right at the base was great to swim in, with water drops falling effortless from above you. I couldn’t help but acknowledge how blessed I was to have the opportunity to visit such a remarkable place.

Due to the strong northeaster we only just made it back to the lodge in time for lunch, having slogged our way back down the river against a powerful headwind. The lodge offers a great catered option for guests and for just R250 per person, per day, you can enjoy breakfast, lunch and supper without any hassle, thus allowing you more time to enjoy the incredible scenery on offer.

After a fairly active morning coupled with the lingering effects of the previous day's ride, we spent the afternoon relaxing. When the wind finally died down a bit, we took the opportunity to explore a little of the coastline and made our way north to Pebble Beach, arriving just in time to watch a fisherman haul out a decent catch from the rocks. We ended the day off sharing a few beers at the pub, while swopping adventure stories with the other guests.

Mtentu is not a five-star luxury lodge, but if you want an affordable, comfortable place where you can really relax and experience true adventure, there aren’t many places that rival Mtentu River Lodge.

Unfortunately the next morning we had to pack up and leave relatively early, though we did have enough time to get one last swim in the estuary before heading home. It had been a short visit, but long enough to convince me to come back and explore this magical place again. • 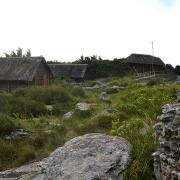 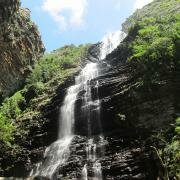 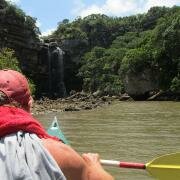 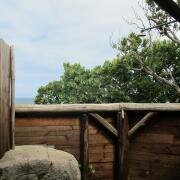 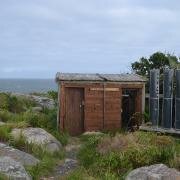 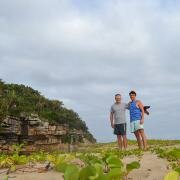 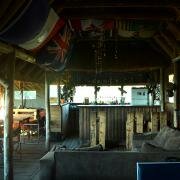 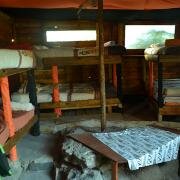 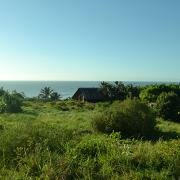 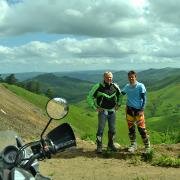 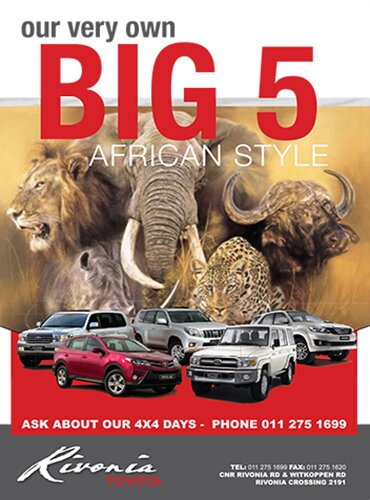