Hi, my name’s Seth, I’m 4 years old, and I’m swimming the midmar mile with my mom and dad! I begged mom and dad as I didn’t want to be left out and given I’m a strong and confident swimmer I don’t see why I can’t do it. I have never warn wings or any other floatation aids, and I get bored of using flippers I am doing it without. Mom and dad are right next to me and I know how to hang on, without drowning them, if needed. 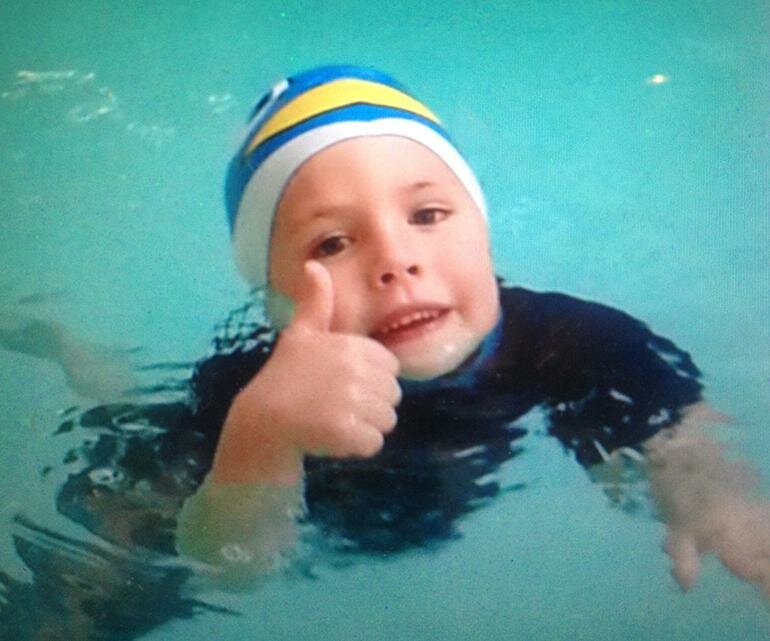 On Saturday 8th February 2014 Seth Hopkins will join thousands to swim the Midmar Mile. What will make Seth stand out from the crowd is that he is only 4 and a half years old. He will be swimming with his mother and father and aims to complete the mile to raise money for a charity Born Sleeping.

Seth was a home water birth pool in the UK in June 2009. His birth did not go to plan and he was born without a heartbeat and doctors later identified that he had been without oxygen for 18 minutes. Someone was smiling over him that day as an ambulance was driving past the house and arrived 2 minutes after the emergency call was made. Within 10 minutes there were 10 paramedics in the front room. They managed to resuscitate him and transport him to hospital where he remained on life support for a week. In the weeks following his parents were informed that due to oxygen starvation the chances of him living a normal life was extremely unlikely. The doctors said because he was 4.7kgs he had reserves of oxygen that saved him.

His mother, typically worried and feeling upset and guilty to his bad start devoted all her time to stimulating him through osteopathy, sensory programs and swimming. From the first moment he was given the all clear he was in water. This love of water has continued since then. His father’s work took the family to Vietnam where he was lucky to have access to a pool whenever he wanted. His mother (now a qualified swimming teacher) helped develop his technique and confidence with a focus on water safety. A big recognition goes out to his grandmother who was in the pool every day. If he could, he used sneak out to the pool before school and his father would try, in his suit, fish Seth out with a pool brush!

A party trick at just 6 months was to say to Seth, anywhere, anytime “Seth, ready, go” and he would squeeze his eyes tight. He was swimming independently from the age of two. And before that he would still jump into the pool and swim across to the steps and get himself out.

Since has since lost a brother and a sister, due to other genetic reasons, but they were stillborn

The loss that Seth has had to deal with and with his own birth story makes supporting Born Sleeping extremely special. The charity provides support for families who have lost babies before they have had the chance to get to know them.

This subject is very real and very common but is most often not spoken of and there is a lot of silent suffering.

The money raised will go towards producing a booklet with vital information and also help with existing support programs that the charity offers. If you would like any further information on the charity please go to their website http://bornsleeping.wordpress.com

Note from mother: while I appreciate there are some safety issues with hundreds of people and choppy water I have no intention of putting my sons life at risk – he may not be able to ride a bicycle without fairy wheels or stay in the linces when colouring in – but he is a natural in the water. I am a strong swimmer with him all the way and, if, at any stage he wants to get out we will ask for help from the organized support that is already there for any other swimmers that may get into difficulties.

I feel very strongly about water safety, swimming is secondary. This opportunity arose very recently when Seth announced he wanted to swim, I shrugged and said lets go for it!