A month of crackdowns on sand-mining syndicates operating on the uMsundusi and the uMngeni Rivers by the canoeist’s environmental group the Dusi Umgeni Conservation Trust (DUCT) and local municipal officials has blown the cover on many of these covert operations. 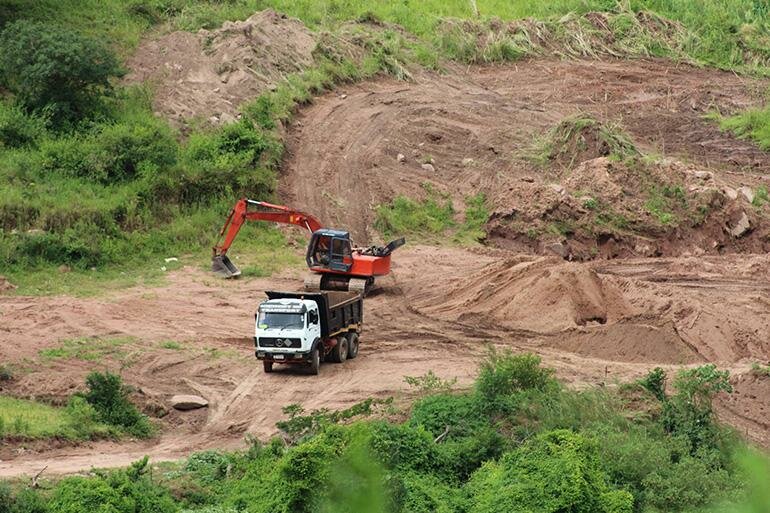 In what has proven to be a much larger operation than previously expected and local government officials have been able to make inroads into the numerous sand mining syndicates that are in operation along these two major water ways in the build up to the Dusi Canoe Marathon starting at Camps Drift on 13 February.

DUCT’s Field Manager Bart Fokkens has been fully involved in trying to bring an end to the numerous illegal sand mining operations that are threatening the river system as well as the wildlife of the areas in which they operate. Fokkens, along with the government officials were able to foil a few of the operations.

“Since we last spoke there has been quite a lot of work done on trying to stop these people,” the Field Manager said. “We have seen about 10 different operations in the last few months with two of them being major operations.

“These two operations were running with five tipper trucks and three tipper trucks respectively which means that they are taking huge amounts of sand from the river,” a worried Fokkens mentioned.

With such a lucrative industry having been in operation for a while it is often difficult as well as dangerous for officials to get involved in the dealings of these people. Fokkens understands this threat and, although he is doing everything in his power, believes that the authorities need to get involved.

“I have been in the field a lot recently and have been threatened which is really intimidating. As much as I want to stop what is going on I have a family that is far more important to me and it is the job of the authorities to get involved and sort out the problem.

“It is the job of the officials that we have on board to tell the police what they need to do in order to end what is going on before it is too late,” he explained.

In the policing of these operations the confusion arises as to which jurisdiction the perpetrators fall under. On either sides of both the uMsundusi and uMngeni Rivers there are different police precincts which means with these operations happening on both sides of the river there is confusion over who is responsible for arresting the illegal sand miners.

Sand Mining has a massive role to play in changing water courses and the like which is problematic for paddlers but the environmental effects of these large scale actions have a detrimental impact on the environment.

“Just to put this in perspective, one litre of oil spill can pollute up to one million litres of water. This is what we are most worried about and a lot of the river cannot replenish itself when harmed like that!” Fokkens said.

Mark Graham, another enthusiastic paddler and the Aquatic Scientist for DUCT is equally as concerned about the irreversible effects that sand mining has on the environment.

“Rivers have the unique ability to self-purify themselves when polluted,” Graham said. “In the case of large-scale water pollution the river cannot filter and clean the water quick enough which is hugely harmful to the organisms that live in it.”

Graham highlights the lack of education and willingness to help in the conservation process as the major threat from these sand mining operations. The miners have a disregard for the environment and if they continue in this vain there will be irreparable damage.

“Sand mining removes a lot of the habitats of so many animals and organisms in the river that they cannot survive and have to move on.

“With this removal or changing of habitat all of the life in that part of the river dies so therefore cannot be rejuvenated which is hugely devastating for the river system,” a concerned Graham concluded.