In my mind, Scotland is the land of cruel misconceptions and nasty national clichés. All my life I've been told that Scots were stingy, unfriendly, ugly and hard to understand. So one day I decided to pack my bags and go find out for myself, and hopefully come across William Wallace, bagpipes, kilts, haggis, whisky and all things Scottish along the way. 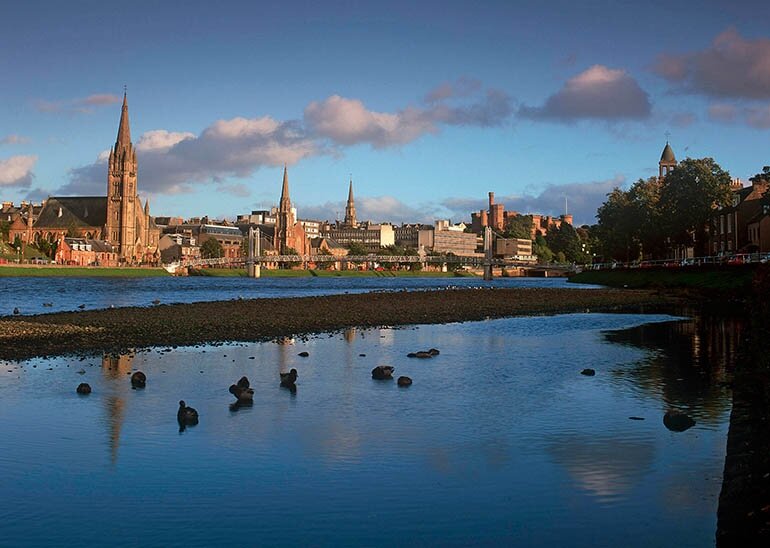 With lots of enthusiasm, but not much cash, we (being myself, an Englishman, and an Aussie girl) decided to begin our merry adventure in Edinburgh, without doubt the heart of Scotland. Right from the start, what really blew us away about the city is its history. It’s not confined to museums and dusty old encyclopaedias; it literally knocks you over as you arrive in the city! The buildings are grey and imposing, as if they’ve been there for 1,000s of years (which most of them have). The graveyard we walked past had a sign telling us this is where the original grave robbers stole bodies for medical research, while our evening pub had originally been used as a place for hanging people 500 years ago. While it’s true that most of these events do have a sort of gruesomeness to them, if you are willing to relax and soak up the atmosphere, Edinburgh really is an amazing city.

That being said, there’s a lot more to Scotland than just one ageing and rickety city, so it’s worth taking the trouble to see a bit of the countryside. There are many whisky distilleries close to Edinburgh, most of which offer tours at a very reasonable price. A proper whisky fan could well be tempted to tour Scotland with a constant hangover, stumbling from one distillery to the next. However, there are plenty of other distractions. For example, St Andrews Golf Course is well worth a visit, even if just to say that you’ve been to the oldest golf course in the world. As you travel further up country the days seem to blend together, which is always a sign of a good, relaxing holiday. Meandering along, in no particular hurry, we passed the most beautiful loch with a whole lot of canoes tied to a jetty. On the spur of the moment, and despite the rain (yes there is one rumour that can be confirmed, even in the middle of summer it rains just about every day!), we piled into the boats for a paddle through the pretty-near-freezing water.

Further up country, the solitude, beauty and greenery of Scotland starts to take a hold of you. There are many amazing old castles scattered around, seemingly there to remind you that this is somewhere special. We decided to spend a night at the famous Loch Ness, although not because we seriously expected to find its famous monster. Travelling during July definitely has its advantages. One of the highlights of the trip was spending an evening overlooking Urquhart Castle (in reality not much more than ruins) and enjoying a sunset over Loch Ness that carried on until almost midnight.

The town of Inverness, also close to Loch Ness, was where I plucked up the courage to eat my first meal of haggis. The content of this meal is too gruesome to not explain, so allow me to dissect this dish of culinary delights. Haggis consists of the stomach bag of a sheep, into which the heart, liver and intestines are placed. Everything is then mixed together and cut up very fine, leaving a meat that tastes remarkably like boerewors. Served with mashed potato, and without too much thought as to the contents, it makes a very good meal.

From Loch Ness we slowly cruised across to the Isle of Skye. The only reason why I had heard about the Isle of Skye is because it boasts the most expensive toll road in the world, so we were all pretty eager to hand over a ridiculous sum of money and see what was so special about this place. As it turned out, the speciality was in the nothingness. We drove around the whole island looking for something of interest, anything really, and only managed to find a sheep farmer with an accent so broad that he really was impossible to understand (another cliché confirmed - some Scottish accents really are unintelligible). That evening in the local pub, we discovered that the locals were really friendly and more than happy to have a drink with us. Finally, some clichés proved false: Scots are not stingy or unfriendly, and they don’t hate the English (at least not the one with us).

The next day we drove down towards the English border, stopping off for a last night in Loch Lomond. A castle had been converted into a backpacker lodge, and the chance to finish off the trip with a night in a proper castle, with turrets and all, was the perfect way to end our Scottish adventure. 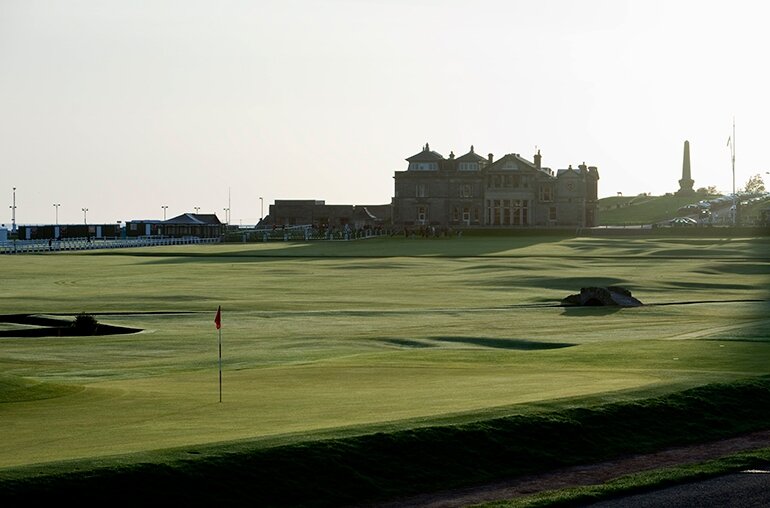 Flights: SAA and Virgin Atlantic both fly directly from Johannesburg to Edinburgh.
Must pack items: An umbrella and warm jacket, no matter which season you are in Scotland.

Scotland by car
Driving around Scotland is a wonderful way to see more of the country during your trip, and allows you flexibility to come and go as you wish. But before you head out to explore by car, there are a few rules and regulations you should be aware of.
• Visitors from countries outside of the EU can drive in Scotland for up to
12 months - provided their license is still valid in the country it was issued.
• All drivers using roads in Scotland must have at least third-party insurance cover. Non EU drivers must be able to produce evidence of having the necessary insurance cover.
• In Scotland, driving is always on the left-hand side of the road.
• Seatbelts are compulsory for all drivers and passengers, regardless of where they are sitting. All children under 12, who are under 135 cm (4 ft 5 in) tall, must use a child seat appropriate for their weight.
• Drinking and driving under the influence of alcohol is taken very seriously and there can be heavy penalties for those found to be above the legal blood/alcohol limit.
• Using a cell phone, or similar device, is illegal when driving a vehicle in Scotland.

1. The official animal of Scotland is the unicorn.
2. The shortest scheduled flight in the world is one-and-a-half miles long from Westray to Papa Westray in the Orkney Islands of Scotland. The journey takes 1 minute 14 seconds to complete.
3. Edinburgh was the first city in the world to have its own fire brigade.
4. St Andrews Links is considered the 'home of golf'. The sport has been played there since the 15th century.
5. Edinburgh was home to Skye terrier Grey Friar’s Bobby, who captured the hearts of the nation by sitting on the grave of his dead owner for 14 years.
6. The highest point in Scotland is Ben Nevis at 4,406 ft (1,343 m).
7. The very first recorded appearance of the elusive Loch Ness monster occurred in 565 AD, when a 'water beast' attacked one of St. Columba's followers in the loch.
8. Scotland has three officially recognised languages: English, Scots and Scottish Gaelic, with just one percent of the population using the last.
9. The most infamous Scottish dish is haggis. It is not known where it originated, but a similar dish was mentioned in Greece 2,500 years ago.
10. Scotland has the highest proportion of redheads in the world. 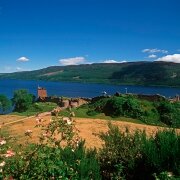 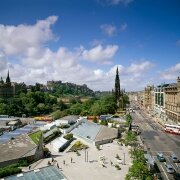 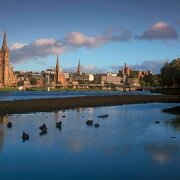 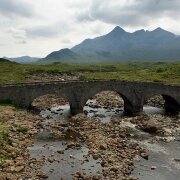 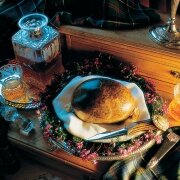 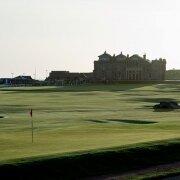