The First Ascent Big Induna Mountain Bike Race blew all race expectations off the charts. How could we expect anything else when the biggest complaint was sunburn! Wow, what an amazing weekend of friends, laughter, breakthroughs, victories and MOUNTAIN BIKING. A celebration of everything that makes mountain biking the liberating sport that we all yearn for ... 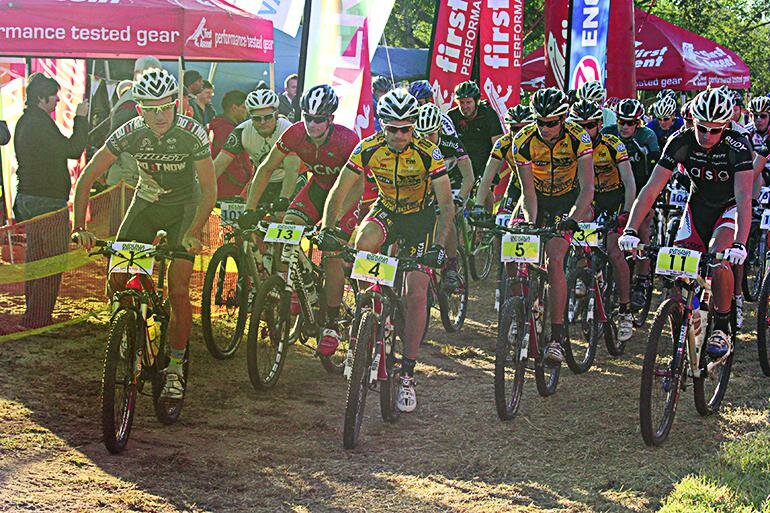 With the Big Induna MTB race off last year’s calendar because of the Soccer World Cup, the Induna Adventure team came out with all guns blazing for the 2011 event, proving once again why this is the best event on the SA MTB calendar. Their strong belief that “Lives will be changed as cyclists unwind on the route,” and “We expect nothing but miracles to change peoples’ lives,” is what drives these organisers to go the extra mile.

Held in Hazyview on 11 June 2011, the route offered kilometre after kilometre of smooth, flowing single track and quad trails, with play-park style burms and bridges all over the show. In fact, riding a total of 38 bridges made you feel like you were on a stairway to heaven. The scenery was spectacular, boasting lush indigenous forests, gurgling river crossings, cascading waterfalls and supreme countryside viewpoints to ensure that your cup of joy and excitement overflowed.

Testament to the race’s legendary status was the field of riders that included SA’s best, such as Max Knox, Ben Melt Swanepoel and Yolandi du Toit to name but a few. The total number of riders that took part was just over 600, of which more than 100 littlies did the 10km ride. This fantastic support clearly shows us that mountain biking is a growing sport and fun for the whole family.

Ghost Do It Now rider Max Knox, who shattered his competition and finished 18 minutes ahead of his next rival, said this about his race, “The riders from the 70km race started at the same time as the 120km race, which added an extra special element as it gave some of the young stars the chance to shine against the pro riders.

“The first loop of Induna has always been very fast and flowing, with some of the area’s finest trails all mixed together. The youngsters went out really hard at the start, which saw about eight riders forming the lead group, namely Ben Melt Swanepoel (specialised), Pieter Seyffert, Charles Keey, Jacques Janse van Rensburg, Paul Cordes (all MTN), HB Kruger, Lowveld rising star Lourens Luus and myself. We stayed together through the first technical zone to the 40km mark and then shortly after that I put in a surge to see who had good legs on the day. I was surprised to see the field split up real quick and I managed to ease out a gap. With 80km to go and 2,200 metres of climbing left I knew there would be no benefit to riding in a group, so I set about at my own steady pace and it seemed to work well as the time gaps increased. Starting the last loop, I had a good time check and knew that barring any mechanicals or a stupid mistake I would be able to take home the big win. So from there on out I just tried to really savour the feeling of being out there in one of my favourite areas. 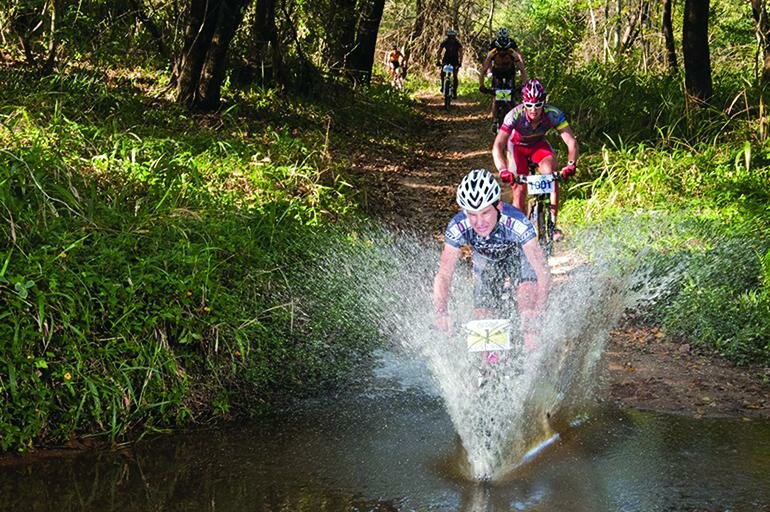 “I can’t say enough about the way the course kept riders on the edge and concentrating. A really great mixture of everything that a mountain biker needs was on offer and it is a definite must do for anybody wanting to have a great experience on and off the bike.”

The Valencia Little Induna 10km race is also growing into a notable race on the calendar with 128 children, parents and grandparents joining in the fun. The youngest rider was Jovan Lubbe, only four years old, who completed the race in 01:19 before spending the rest of his energy running around on Induna Beach.

The finish felt like a get together of friends and family, as children ran and played on Induna Beach to the delight of their onlooking parents, sitting leisurely under the umbrellas and canopy tents. The festive atmosphere was inflamed as the MC welcomed every rider back like a prodigal son.

Although this race is over, the momentum will be seen as riders from all over will pitch up at rides and races countrywide with their favourite Induna cycle shirt to fly the flag of a day in history that made a difference.