A brigade of celebrity chefs

MasterChef South Africa star Benny Masekwameng is shows he can have his cake and eat it! He’s one of the celebrity chefs at this years Good Food & Wine Show which takes place at the Ticketpro Dome from Thursday, July 23 to Sunday, July 26 and is excited to be sharing culinary experiences with a brigade of international chefs including Adriano Zumbo, John Torode and Tom Parker Bowles. 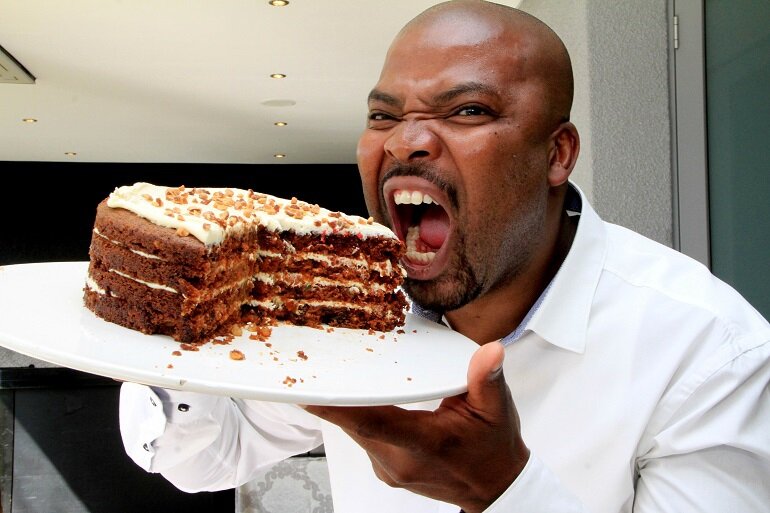 MasterChef South Africa judge Benny Masekwameng must be one of the busiest chefs in the country. His services and culinary know-how are in big demand and, since his appearances on MasterChef South Africa, he hasn’t touched sides. He will be appearing on Saturday (July 25) at the Good Food & Wine Show where he will be preparing some of his favourite dishes at the Tastic stand from 10am to 7.30pm.

Asked whether he watched himself on TV and was critical of his image he laughed loudly. “I do watch myself and I find it surreal. I am very critical of myself and am always looking at ways to improve my television image.”
Working on the MasterChef South Africa series has been a life changing experience for this big, likeable chef who has captured the hearts of South African television viewers with his wide and warm smile, and who has become something of a national treasure.

“I didn’t expect the popularity of the show. But I love it; it’s fun. I enjoy travelling, meeting people and, best of all, cooking.”

Masekwameng will be preparing the kind of meals that people can make at home. The ideas are simple, but he’ll show visitors how to enhance the dishes and present them in such a way that they will be the envy of friends and family.

So what is one of the first things he will be talking about at his demonstrations: “Seasoning! You have to taste your food while you are cooking, that’s the cardinal rule. You need to give the ingredients the respect they deserve and perfect the dish with the best cooking methods,” he says.

Masekwameng was inspired at an early age by his mother, who supplied meals to local construction workers in order to provide the family income. The first milestone was reached when he graduated from Natal Technikon with a diploma in Catering Management. He began his career as a trainee at the Hilton Hotel in Durban, where he gained valuable experience for more than six years, and was promoted during this time. Masekwameng broadened his horizons as he branched out into several other ventures, before joining Tsogo Sun in 2006.

He is delighted that children are taking an interest cooking through the many TV shows and they are eating healthily. “I like to impart my cooking knowledge to normal folk at home, especially the kids who are more into cooking than ever before. That’s a good sign. They are willing to watch TV cooking shows and are making dishes from scratch, and they know all the ingredients that go into it.”

Masekwameng never realised as a youngster that this would be his dream job. “I wanted to be an electrical engineer,” he said, “but in the finals I wasn’t good enough and had to go to Plan B. I didn’t realise that Plan B was what I was meant to do.”

There are plans for his own cooking TV show and he hopes to write a cook book of his own recipes one day.