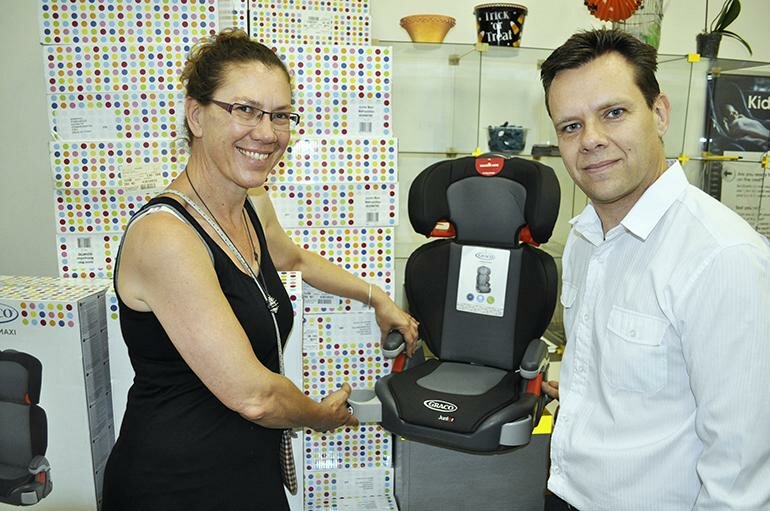 The handover was done on the 1st of November at the Wheel Well store in The Brightwater Commons Shopping Centre, Randburg. The Wheel Well is an NPO that promotes road safety and focuses exclusively on children.

With a fatality rate of 27,5/100 000, significantly higher than the estimated world average of 18,8/100 000; and a road fatality being recorded every 38 minutes, civil society, the general public and private sector groups are faced with the challenge of keeping its road users, and children in particular, safe.

“The responsibility lies not only with civil society or government, but with business, too – ensuring that we put words into actions, and pledge our support, not only to public-private road safety education campaigns like Imperial I-Pledge, but that we actually commit tangible resources to them to enable the campaign to really take effect,” says Stefan Le Roux, Marketing and Franchise Director for Midas.

Tapping into a network of 145 companies, 51 000 employees and interests in logistics, automotive distribution and retail, car rental and financial services, multinational Imperial has partnered with the Department of Transport to prompt South Africa to assess their awareness of and commitment to road safety by visiting the campaign’s website and, through a click-through process, committing to concrete actions, such as wearing a seatbelt at all times, crossing the street on a zebra crossing, keeping to the speed limit and not talking on a cell-phone while driving.

“From a global perspective, roads are the biggest killer of young people over the age of 10, with road traffic deaths constituting a global health epidemic. Locally, three children under the age of 15 die on our roads daily – so the importance of strapping a child into a car seat cannot be overlooked,” comments Le Roux.

Designed to hold children in place during a crash and prevent them from being thrown into the instrument panel, windscreen or other parts of the vehicle, car seats have been scientifically proven in the US to reduce the need for hospitalization by 69% in cases between birth to four years. Further, the US fatality rate is reduced by 70%, has been attributed to seatbelt use by children between the ages of one and four years if a car seat is used.

With October having been national transport month, awareness has been heightened around the issue of safe road use, and specifically keeping our kids out of harm’s way. Imperial I-Pledge has encouraged road users to donate used car seats as a means of achieving this goal.